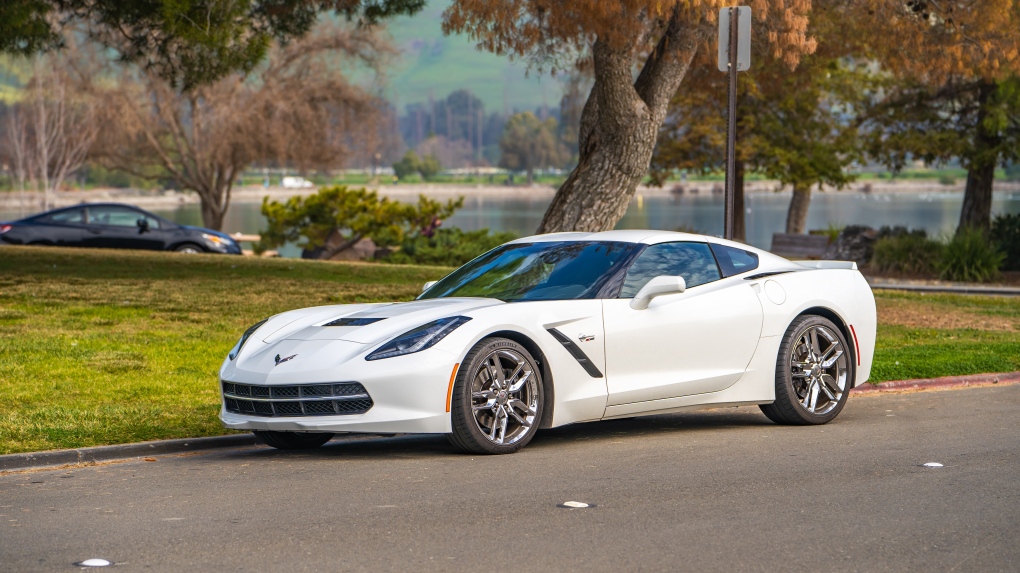 Mounties in Burnaby are investigating a collision involving an alleged stolen Corvette near the BCIT campus on Thursday evening.

In an email to CTV News, Burnaby RCMP said officers were called to Willingdon Avenue near Canada Way just before 6 p.m. after reports of a crash.

"A white Chevrolet Corvette was travelling north on Willingdon Avenue when it struck a power pole and fire hydrant," said Cpl. Alexa Hodgins.

Hodgins said a male driver and female passenger got out of the Corvette and fled on foot as multiple witnesses reported the incident to police.

Officers determined that the vehicle had been stolen and were able to track down the man a short distance away.

He was arrested for several offences, including possession of property obtained by crime, dangerous operation of a motor vehicle and driving while prohibited, police said.

The suspect remains in custody.

The Bank of Canada's strategy of rapidly increasing its key interest rate in an effort to tackle skyrocketing inflation will likely trigger a recession, a new study from the Canadian Centre for Policy Alternatives (CCPA) says.

A shooter fired on an Independence Day parade from a rooftop in suburban Chicago, spraying the crowd with gunshots initially mistaken for fireworks before hundreds of panicked revellers of all ages fled in terror. At least six people were killed and at least 30 wounded.

Travelling soon? Here's how to have a stress-free airport experience

Ukraine: Sloviansk warned to evacuate ahead of Russian attack

A day after Russian President Vladimir Putin declared victory in seizing an eastern Ukraine province essential to his wartime aims, the mayor of a city in the path of Moscow's offensive warned residents Tuesday to evacuate ahead of an expected assault.

Two climate change protesters were arrested after they glued themselves to the frame of a famous John Constable painting hanging in Britain's National Gallery, the central London museum and police said.

The 30 NATO allies signed off on the accession protocols for Sweden and Finland on Tuesday, sending the membership bids of the two nations to the alliance capitals for legislative approvals -- and possible political trouble in Turkey.