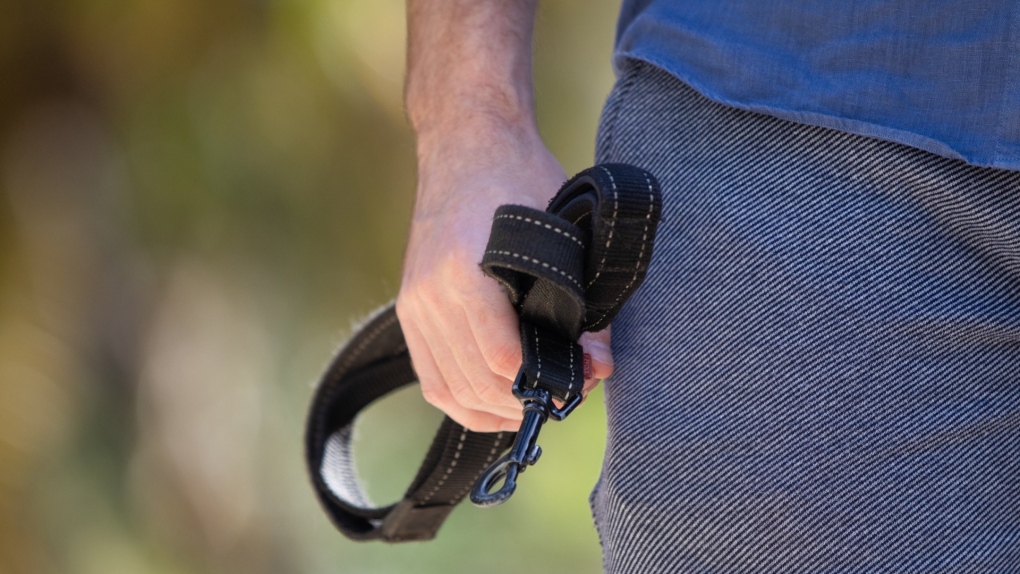 An argument between dog owners in Coquitlam turned into an assault earlier this month, local Mounties said Thursday.

The incident occurred on the grounds of Montgomery Middle School on May 3, according to a news release from Coquitlam RCMP.

Around 4 p.m., an elderly man and woman were walking their dog on a leash when it was attacked by an unleashed dog, police said.

An argument followed between the couple and the owner of the unleashed dog, during which the "unknown male" assaulted the elderly man, according to police.

The incident left the man with serious, but non-life-threatening, injuries.

Now, several weeks after the altercation, Mounties are asking the public for help identifying the suspect, as well as "an unknown female who was also involved."

"Investigators believe the unknown couple are from the area as they were also out walking their dog," police said in their news release.

Mounties described the male suspect as a roughly 30-year-old white man with short hair and a trimmed goatee. He was wearing a baseball hat, T-shirt, dark blue Telus vest and cargo pants at the time of the incident.

Police said the woman they're looking for has dark complexion and black hair, stands 4'11" and was wearing a black jacket when the confrontation took place.

The suspect's dog has black fur and a curly tail, and weighs about 40 pounds, according to RCMP.

Anyone who witnessed the assault or has information for investigators is asked to call Coquitlam RCMP at 604-945-1550 and quote file number 2022-11045.