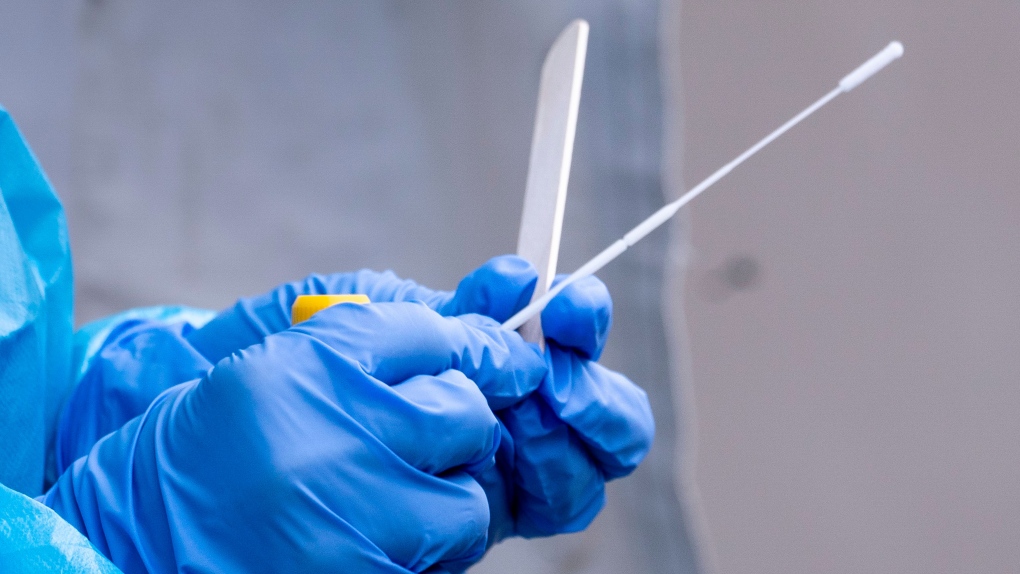 A nurse gets a swab ready at a temporary COVID-19 test clinic in Montreal, on May 15, 2020. THE CANADIAN PRESS/Paul Chiasson
Vancouver -

Another hospital in B.C.'s north has declared a COVID-19 outbreak and in this case, it's become deadly.

Northern Health issued a statement Tuesday saying four patients at Bulkley Valley District Hospital in Smithers tested positive for COVID-19. All positive tests were reported in the hospital's inpatient unit, though Northern Health noted the outbreak did not include the maternity unit.

"Monitoring and testing is underway to identify any additional cases."

News of the outbreak came less than a week after additional restrictions for the health authority were implemented. B.C.'s top doctor announced the measures last Thursday as the region has seen a spike in cases and high transmission.

"We are intending this circuit breaker to save lives, to lower the rates of transmission to allow our hospitalizations to stabilize and enable us all to come back together safely and to celebrate during the upcoming holiday season," Dr. Bonnie Henry said last week.

Among the new restrictions – which apply only to local health areas in the province's northeast – are the closure of bars and nightclubs, restrictions on alcohol sales at restaurants and a ban on in-person religious services.

There are also new restrictions on gatherings, including a ban on all private gatherings involving unvaccinated people.

In announcing the outbreak at the Smithers hospital, Northern Health said enhanced outbreak control measures are now in place at the facility. Those measures include increased cleaning and symptom monitoring. As well, only essential visitors are permitted and staff movement is being limited.

Other outbreaks in northern health-care facilities include one at GR Baker Memorial Hospital in Quesnel, which was announced last week after four people tested positive.

As well, an outbreak at Wrinch Memorial Hospital in Hazelton had recorded 10 cases as of last week's update. One of the patients who tested positive from the disease at that hospital died, Northern Health said.