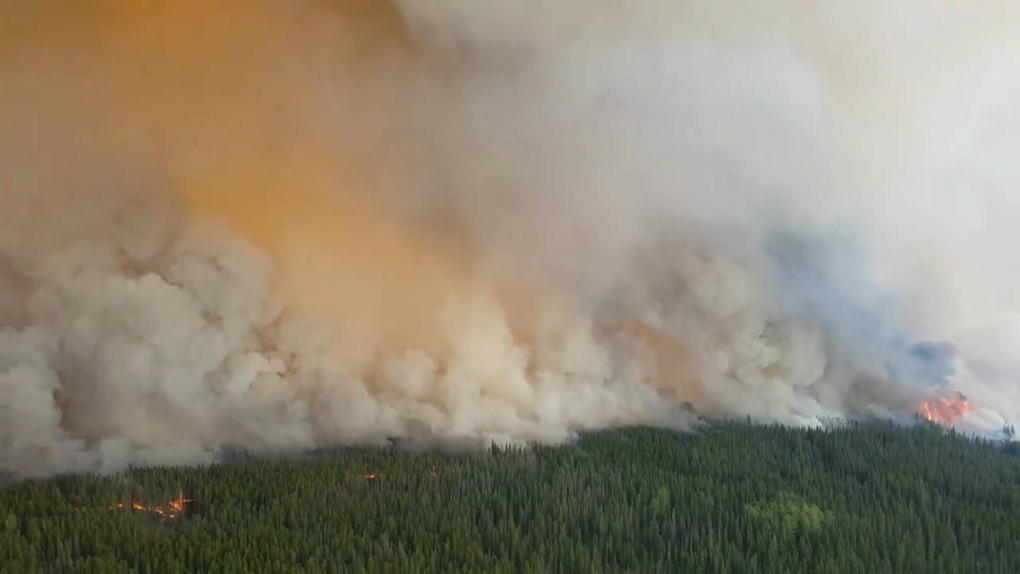 A wildfire burns in the Cariboo district in a 2017 file photo.
Vancouver -

The alerts cover new areas around Canim Lake and four properties near Little Drewry Lake, and come amid a difficult summer for B.C. wildfire crews.

“Because of the potential danger to life and health, the Cariboo Regional District has issued an Evacuation Alert,” read the alerts.

Although residents were not being asked to evacuate, the alert means they need to be ready to leave on a moment’s notice should conditions become more dangerous.

The alerts come as 277 wildfires are burning in B.C., 78 of which have started in the past two days. Experts have linked the severity of the province’s wildfires to climate change, noting that less snowpack on the mountains is leading to drier conditions and B.C. is seeing hotter weather as the global temperature increases.

"We're seeing, with climate change, longer fire seasons. Springs are coming earlier, we're not getting as much snowpack in some years," said Lori Daniels, wildfire expert at the University of British Columbia, when speaking to CTV News Vancouver earlier in the week.

"When you melt out that snow early and begin to dry out the land early in the spring and then you add the heat of the summer on top of it, we're having more extreme fire danger conditions."

B.C.'s record-breaking heat wave and drier-than-average June have set the stage for "very large fire growth" in July, according to a seasonal outlook from wildfire officials.

The B.C. Wildfire Service's July forecast points to an abundance of fire fuel – such as dry grass, brush, trees and leaves – that's particularly prevalent in the Okanagan and southern parts of the province.

A widespread power outage in Toronto causing major disruptions in the city was likely caused by a large crane striking a high-voltage transmission line, officials say.