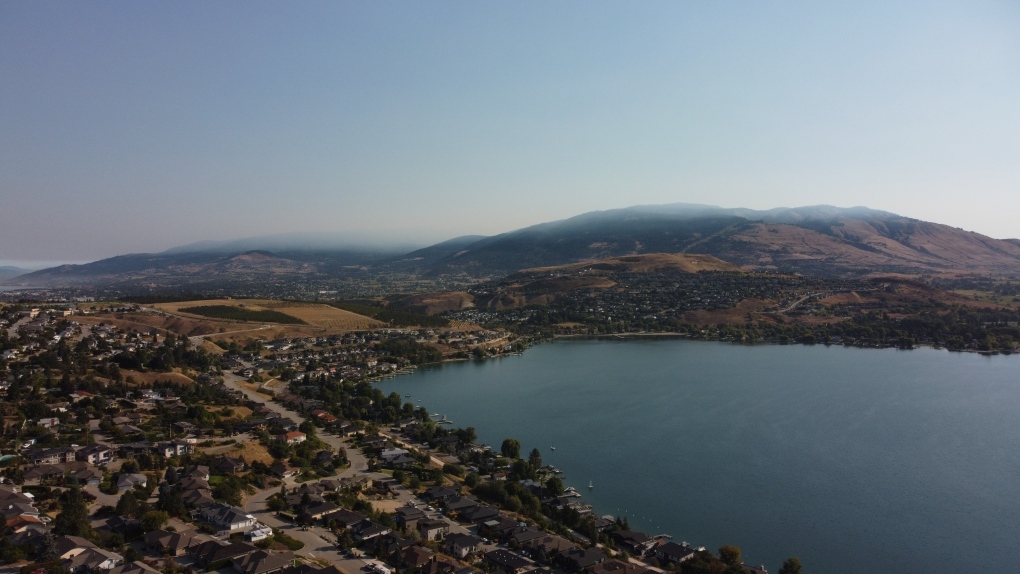 Vernon, B.C., is shown in an undated image from Shutterstock.com

B.C.'s Civil Resolution Tribunal has ruled against a couple who sought nearly $300,000 in compensation because their neighbours obstructed their view of Okanagan Lake.

In a decision issued Dec. 22, tribunal member Chad McCarthy dismissed the complaints of Joel and Samantha Becker, which stemmed from their neighbours' placement of two objects on a balcony.

The couple alleged that the objects - which McCarthy refers to in his decision as privacy screens - violated 10 different bylaws implemented by the condo owners' association, known in B.C. as a strata corporation.

The claim sought an order compelling the strata corporation to remove the objects and pay the couple $279,141.18.

McCarthy declined to issue such an order, addressing and dismissing each of the alleged bylaw violations.

The tribunal member ruled that the privacy screens did not meet the criteria for a nuisance, because they were not unsightly or inappropriate and did not interfere with the Beckers' enjoyment of their property, except by partially blocking the couple's view of the lake.

"Loss of a view – even a beautiful view – cannot be characterized as an interference with the use of land that would be intolerable to an ordinary person, so as to create an actionable nuisance," McCarthy wrote, quoting a previous B.C. Supreme Court decision on a similar issue.

McCarthy also rejected the Beckers' argument that the screens constituted "improvements" to their neighbours' property that were made without strata approval, since the screens are not fixed to the ground or attached to anything.

"In summary, I find that the strata lot 12 owners did not violate any of the 10 bylaws as alleged by the Beckers," McCarthy wrote. "So, I find there was no basis for imposing bylaw violation fines, retroactively or otherwise, on strata lot 12."

The bulk of the compensation the applicants sought - some $180,000 - stemmed from allegedly lost property value caused by the loss of lake views.

McCarthy rejected this request, saying he had found no basis for an order that the strata was responsible for an alleged reduction in value.

"Further, although the Beckers’ strata lot is listed for sale, I find there is insufficient evidence showing that its value has decreased at all, much less as a result of reduced lake views," McCarthy wrote. "The Beckers submitted value calculations based on their strata lot having no lake view, which I find is not the case. I find those calculations are speculative and based on faulty assumptions, and are therefore unreliable."

Other compensation the Beckers sought included:

• $2,920 for reimbursement of strata fees for “the period of undue hardship”

• and $50,000 for “hardship due to discrimination and alienation”

McCarthy dismissed each of these claims, as well, noting that the couple had not named any specific members of the strata council or their neighbours as respondents in their claim.

The action was initiated against the strata only, and in several cases there was no legal mechanism for the strata itself - rather than individual owners - to be held responsible for compensating the Beckers, had their claims been found legitimate, according to McCarthy.