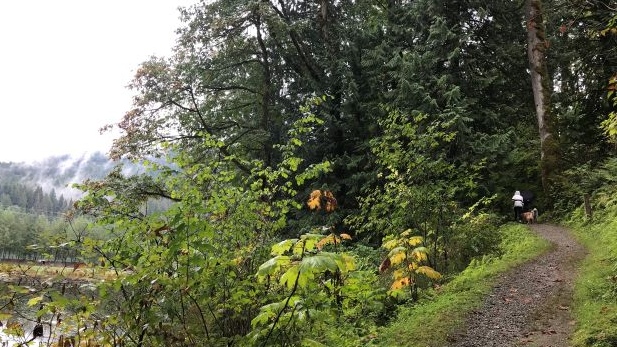 With parts of B.C.'s Lower Mainland still recovering from floods, landslides and heavy rain, many trails are inaccessible and new closures have been announced.

In just over two weeks, the southern part of the province was hit by several atmospheric rivers, which led to record-breaking rainfall, landslides and flooding across the region.

On Wednesday, the City of Mission announced two of its trails might be closed for "several months" due to landslides.

"BC Hydro has advised that Hayward Lake Railway and Reservoir trails are closed," the city said on social media, adding that geotechnical and environmental assessments need to be completed before they reopen.

Those who do visit the park are urged to be cautious.

"Trails throughout the park have been severally impacted by recent storms and flooding," a notice from BC Parks about Golden Ears says.

"The extent of the damage and hazards are unknown at this time. Trail use is not recommended. Please use extreme caution if you choose to visit the park."

Other trail closures as of Dec. 2 include:

A full list of Metro Vancouver trail closures is available here. Trail closures in the Fraser Valley Regional District can be seen here.

'Be a savvy consumer': Expert tips for Canadians to help tame inflation

As inflation increases to levels not seen in decades, experts are advising Canadians to take advantage of coupons, points programs and purchase affordable alternatives where possible to help mitigate the financial strain caused by rising prices.

The Omicron variant, which is spreading far faster than previous versions of the coronavirus, is not likely to help countries achieve so-called herd immunity against COVID-19, leading disease experts say.

A recent study with a Canadian connection has found that people gamed, overate and shopped more often — among other potentially addictive behaviours — as a result of the initial stress caused by the COVID-19 pandemic.