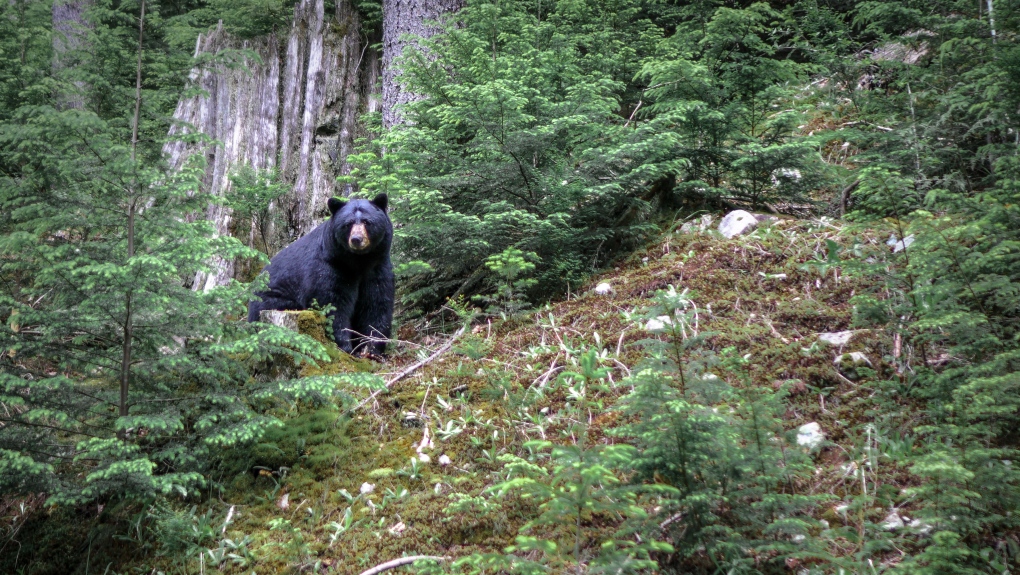 A black bear is seen in North Vancouver in this undated image. (Shutterstock)

The B.C. Conservation Officer Service posted details Monday about a tip it responded to on Friday. Officers said they were told a "local resident spent months feeding bears and coyotes in the area."

"The primary concern of the Conservation Officer Service is public safety," the BCCOS said. "Illegally feeding or placing attractants to lure dangerous wildlife, such as bears and coyotes, is a dangerous activity and puts both the public and the animal's welfare at risk."

While BCCOS didn't say what penalties this individual might face, fines for repeatedly feeding wildlife can reach the thousands. In fact, last year, a Whistler resident was fined $60,000 for feeding bulk produce to black bears from her backyard.

An investigation into that situation determined the resident was feeding the bears up to 10 cases of apples, 50 pounds of carrots and up to 15 dozen eggs, which she purchased each week.

Officials and advocates have repeatedly warned of the dangers of bears becoming food conditioned, including the risk of animals being killed by conservation officers.

"The bottom line is the best way to protect animals from being killed because they’re habituated to human food is to control their attractants," Minister of Environment George Heyman told reporters earlier this month.

"When animals are habituated to human sources of food, whether it is as an adult or a cub, then there is a risk to human communities. conservation officers have to make these decisions on the ground,"

The BCCOS told CTV News Vancouver it's testing out what it calls a "bear-hazing approach" in some parts of the Lower Mainland, where officers use bright lights, loud sounds, bean bags and paintball guns to scare the bears off.

So far this year, no bears have been translocated and only two have been hazed.