B.C. preschool apologizes over headdress craft for National Day for Truth and Reconciliation

B.C. preschool apologizes over headdress craft for National Day for Truth and Reconciliation 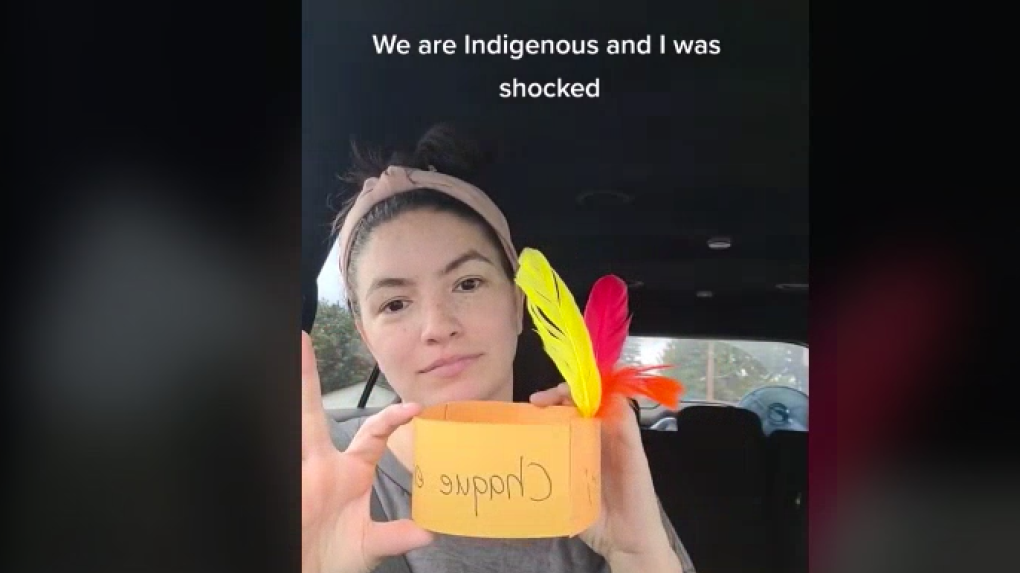 In a TikTok video posted Thursday, a gob-smacked Samantha Sinclair holds up an orange “headdress” made out of construction paper and feathers. Photo: @sandkcollective/Tiktok

An Indigenous mother from B.C.'s Lower Mainland is speaking out after her son’s preschool sent students home with a culturally insensitive craft ahead of the National Day for Truth and Reconciliation.

In a TikTok video posted Thursday, a gobsmacked Samantha Sinclair holds up an orange “headdress” made out of construction paper and feathers.

"This is what all the kids came marching out wearing," Sinclair says while sitting in a car, shortly after arriving at her son’s preschool to pick him up. "This was their craft for Reconciliation Day, a headdress."

Speaking to CTV News, Sinclair said there were several other parents who immediately felt uncomfortable after seeing their children leaving the preschool with their crafts.

"They were like, is this not wildly inappropriate?" Sinclair said. "And I was like, yes, it is."

She described headdresses as one of the most common pieces of Indigenous culture to be appropriated, noting that headdresses are still routinely sold as Halloween costumes.

"It's always something we have issues with," Sinclair said. "Then to normalize it and perpetuate that in a younger generation … we're trying to break those cycles, we're not trying to continue them."

As she explained to her son about headdresses after they got home, "This is not for everybody to wear."

The mother, who is the owner and designer of S & K Collective, told CTV News she wanted to raise awareness, but was not interested in naming the preschool or damaging its reputation. A number of people emailed the school after she posted her TikTok, and Sinclair said the teacher reached out to personally apologize.

Linc Kesler, an associate professor at UBC's Institute of Critical Indigenous Studies, said the incident mirrored one he experienced picking his own daughters up from school in the United States roughly 40 years ago, around the time of American Thanksgiving.

“I pulled the teacher aside for a little chat, and she was very surprised that I had a problem with it,” said Kesler, whose ancestry is Oglala Lakota. "I've been having exactly these kinds of conversations for most of my life.”

Kesler told CTV News he appreciates there was a well-meaning attempt to acknowledge Canada’s residential school history in the craft headdresses made this week – the words “Every Child Matters” were written on each – but said activities like these still miss the mark.

"The impulse to do something is positive," he said. "The failure to engage with Indigenous communities about what that thing should be leaves room for some significant improvement."

Researchers say they have forged two miniscule simulated black holes in a quantum computer and transmitted a message between them through what amounted to a tunnel in space-time.