A B.C. woman who was convicted of killing her eight-year-old daughter by suffocating her with a plastic bag has lost her bid to have her sentence reduced, according to a decision from the B.C. Court of Appeal.

Lisa Batstone was found guilty of second-degree murder in 2019, nearly five years after Teagan was killed. Batstone's attempt to have the conviction overturned was rejected in October of 2021.

Batstone was sentenced to life in prison and ineligible for parole for 15 years. The May 10 appeal sought to have that amount of time reduced to 10 years, which is the minimum allowed for the offence. The appeal court noted that imposing a sentence above the minimum can be done at a judge's discretion after weighing the circumstances of the case.

"It is an egregious breach of parental trust to murder one’s own child. Teagan was murdered by the one who purported to love her the most. She was killed for a purely selfish reason. Ms. Batstone professed a desire to die but instead killed her innocent child, thereby depriving Teagan’s father, half-siblings, stepmother, and others in her life, of her precious life," the decision reads.

"Ms. Batstone’s actions were not spontaneous; they were cruel and calculated to hurt others."

The defence argued, in part, that the judge did not give enough consideration to Batstone's mental disorders when handing down the sentence.

"Prior to Teagan’s death, Ms. Batstone twice attempted suicide. She suffered from depression and anxiety. She demonstrated traits of borderline personality disorder, including a marked instability in mood with intense emotional reactions that could lead to impulsive acts," the appeal court noted in its decision.

However, the court also noted the issue of mental disorder had already been raised at the trial, along with intoxication, as potential factors negating Batstone's intent to kill Teagan.

"Ms. Batstone’s mental disorders, although perhaps diminishing her capacity and impairing her executive functioning, did not preclude her from forming the requisite intent to kill Teagan. The judge noted the conscious forethought and deliberate action necessary to smother a person, as well as the fact that Teagan’s death required a number of decisions and several steps," the appeal court noted.

"The judge did not simply say Ms. Batstone had the intent to kill and took steps to carry out that intent. Rather, the judge held that her goal-directed steps evinced a lack of major impediment from mental disorders, and thus a higher degree of moral blameworthiness."

Batstone's defence argued on appeal that the judge made a mistake, and that the "core impetus" to kill Teagan was Batstone's "suicidal ideation, borne of her mental disorders."

'TEAGAN WAS AN INNOCENT PAWN'

The court heard the Batstones divorced in 2010, and that the mother continued to feel "great resentment" toward her ex-husband.

"Ms. Batstone killed Teagan because she herself wanted to die, but she did not want to leave Teagan in the care of her father," the appeal court said.

"Teagan was an innocent pawn in her mother’s selfishness or revenge or misguided belief. It matters not what it is called. She wanted to kill herself, she felt betrayed by Mr. Batstone, she felt mentally and emotionally abused by him, she left him messages after she killed Teagan—'You win.' 'You broke me'—and she killed Teagan so her father could not have her." 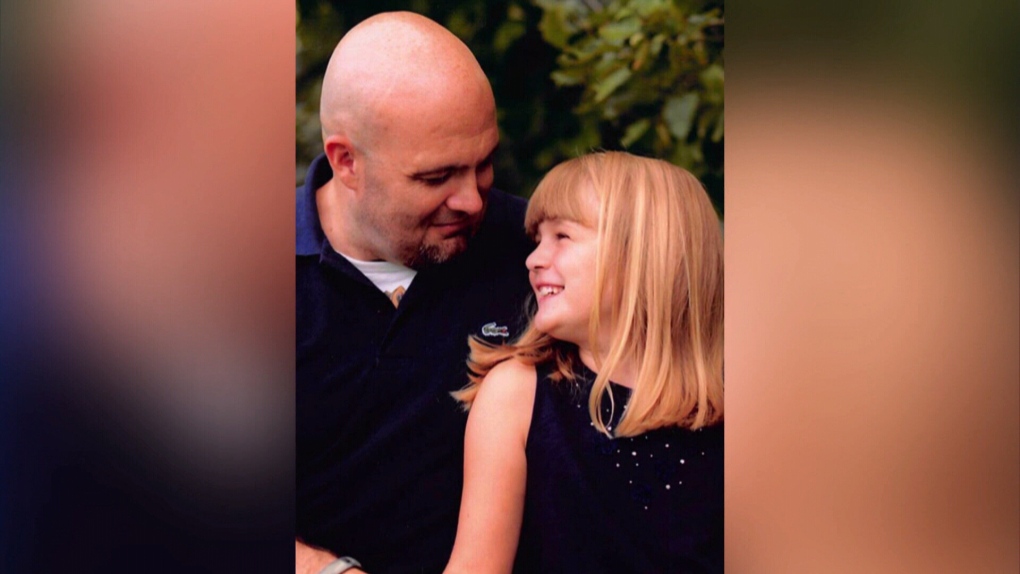 Gabe Batstone is seen with his daughter, Teagan, in this undated photo.

The sentencing judge weighed Batstone's actions after the murder when considering the question of intent. The court of appeal agreed that leaving notes, "refusing to accept responsibility," the apparent attempt to cover up the killing, and the fact that Batstone "conjured up stories in an effort to be found not criminally responsible due to mental disorder" is not the behaviour of someone whose mental capacity is diminished. Ultimately, the court agreed with the Crown that the judge had "recognized the centrality of Ms. Batstone’s mental disorders to determine a fit sentence."

"It was not wrong for the judge, in the circumstances of this case, to view Ms. Batstone’s love for Teagan as an aggravating factor," the court of appeal said.

"This was a loving relationship in which Teagan placed the utmost trust in her mother. To betray that innocent and steadfast trust in the most horrible of ways is unthinkable."