Air ambulance called after child falls from window in Langley

Air ambulance called after child falls from window in Langley 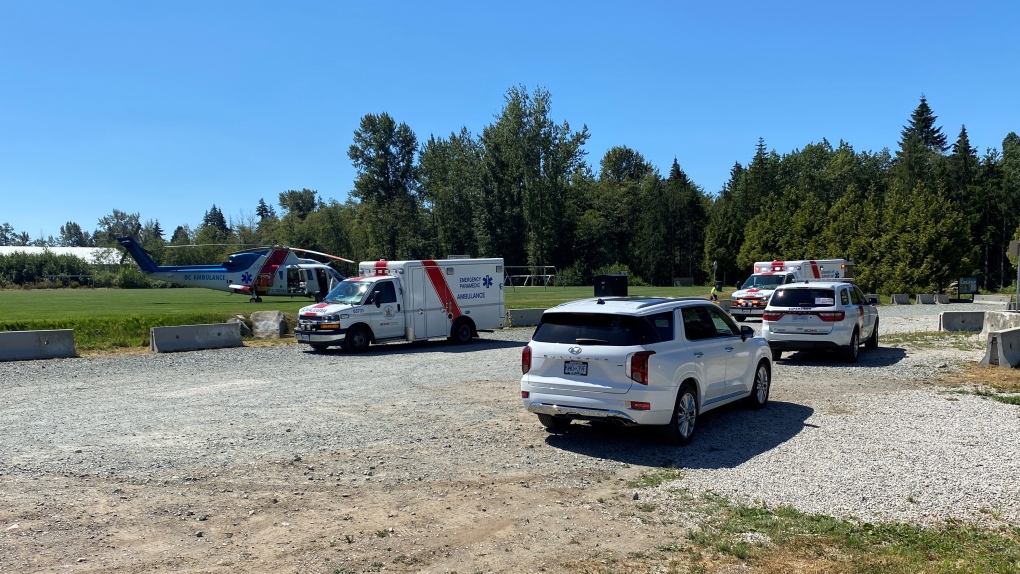 A child was injured in a fall from a window in Langley Monday afternoon, Mounties say.

Few details were provided, but the RCMP confirmed the fall, and that fortunately, the child's injuries were non-life-threatening.

The child was air-lifted to hospital shortly after noon from an area near the scene on 82 Avenue. Three paramedic ground units were also called, and a supervisor was brought in to assist, B.C. Emergency Health Services said in an email.

In an update at the start of the summer, a spokesperson from the Provincial Health Services Authority said that at that point in the year, three children had been treated at BC Children's Hospital for falls from windows or balconies.

In an update Tuesday, the PHSA said that number is now 11 – meaning it's nearly tripled in about six weeks.

Last year, a total of 16 kids were treated at the Vancouver hospital, two of whom did not survive. Fourteen children were treated for similar falls the year before.

HOW TO PREVENT FALLS

These falls are so common that BC Children's Hospital hosts prevention tips on its website.

According to BCCH and BCEHS, the majority of falls from windows or balconies occur at home during the warmer months (April to September), and involve children aged six and under.

Parents, caregivers and others are told not to leave children unattended on balconies or decks, and to move furniture, planters and other things that can be climbed on away from windows, railings and door handles.

Balcony doors should be locked, and window guards should be installed on all windows above the ground floor. These guards should be set to ensure windows can't open more than 10 centimetres, but should also have a safety release in case of fire.

Parents are told to talk to their children about the dangers of playing near windows and on balconies.

WHAT TO DO IN THE EVENT OF A FALL

According to BCCH and BCEHS, children who've fallen more than 1.5 metres (five feet) may have a head injury. Parents and caregivers should watch for loss of consciousness or vomiting.

In the event of a head injury, "every minute counts," according to BCEHS. The child should be assessed by a doctor or paramedics urgently.

They should be brought to the closest emergency department.

Canada will be imposing new sanctions on Iran as a result of a continuing violent crackdown on protesters, Prime Minister Justin Trudeau said Monday.

Along with a high inflation rate, Canadians are also contending with a loonie that's dropping in value. Personal finance columnist Christopher Liew explains the impact this will have on your personal finances, and tips to make your money go further.