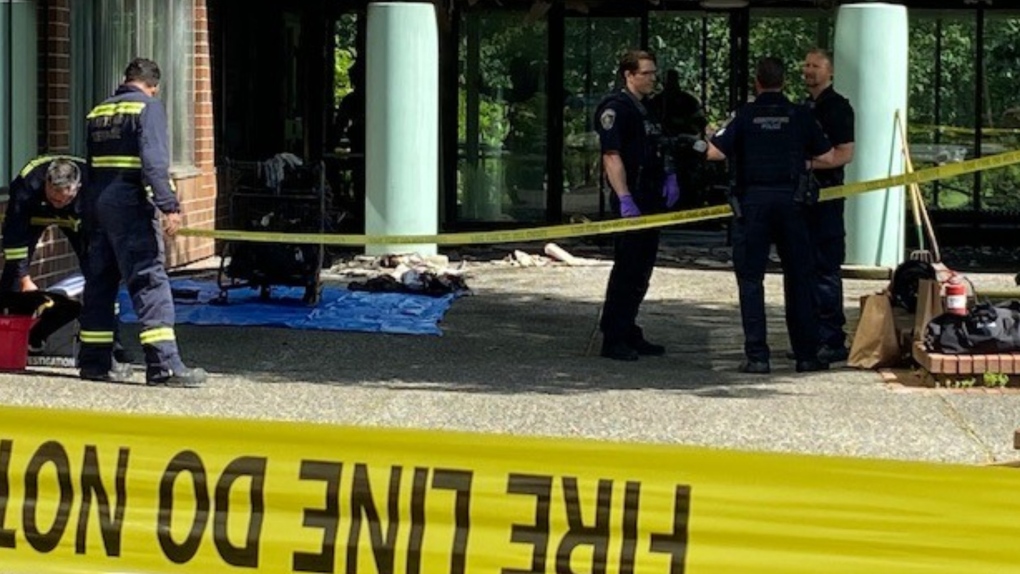 A British Columbia city hall was closed Tuesday morning due to a fire, officials said.

The City of Abbotsford posted on social media that the building on South Fraser Way was closed for the time being.

In an email, a spokesperson told CTV News that the fire was reported shortly before 7 a.m., and that a portion of the first floor was impacted. The city later clarified on its website that the fire was outside of one of the entrances, not inside the building.

Abbotsford Asst. Fire Chief Tom Dodd said firefighters arrived to find the fire in an alcove of the building "quite involved," and that the flames had started to reach into the building.

He said the damage was mostly on the outside of the building, but that flames got into the structure and then to the office area just inside the entrance. Some windows were broken.

A shopping cart was left near the building, and Dodd said crews are looking into whether it has some connection to the fire.

The only injury reported was a minor cut to a firefighter's hand, he said.

The cause is under investigation.

Those who'd planned to go to city hall for services are asked to visit the city's website instead.

Employees were told to check in with their manager for further direction. 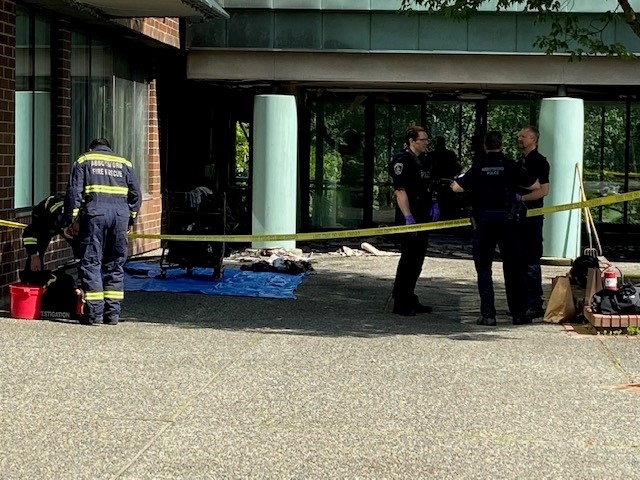 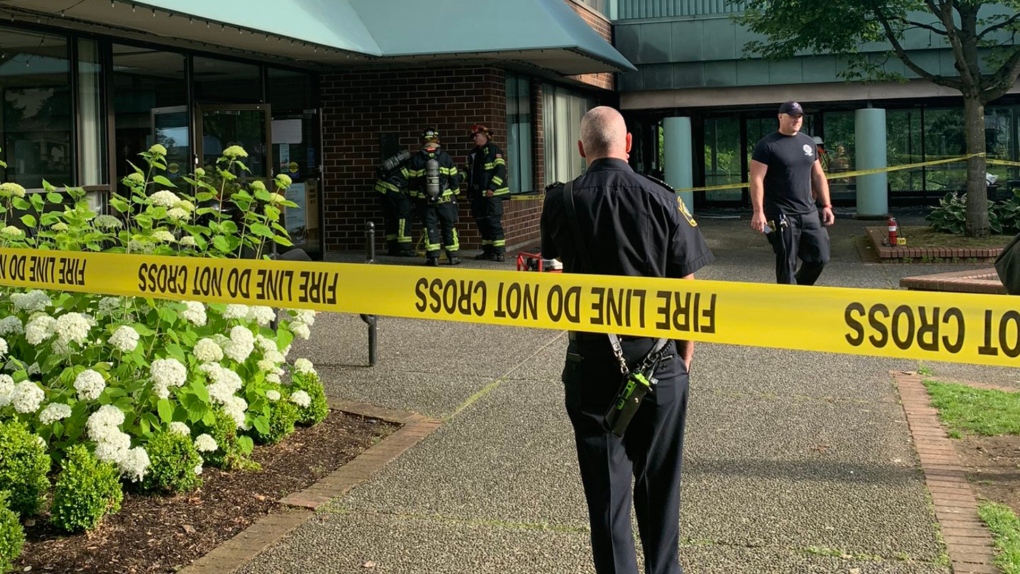 A photo posted by the City of Abbotsford shows tape blocking the scene of a fire on Tuesday, July 5, 2022.

The FBI search of Donald Trump's Florida resort is an extraordinary, historic development given that it targeted a former President of the United States and set off a political uproar he could use to stoke his likely 2024 White House bid.

Some of the world's richest men are funding a massive treasure hunt, complete with helicopters and transmitters, on the west coast of Greenland.

Ashton Kutcher says he battled the debilitating disease vasculitis. Here's what it is

Ashton Kutcher revealed Monday he had battled a serious autoimmune disease that affected his hearing, sight and ability to walk for more than a year.