$8,000 in damage to school after group climbs onto its roof: Penticton RCMP 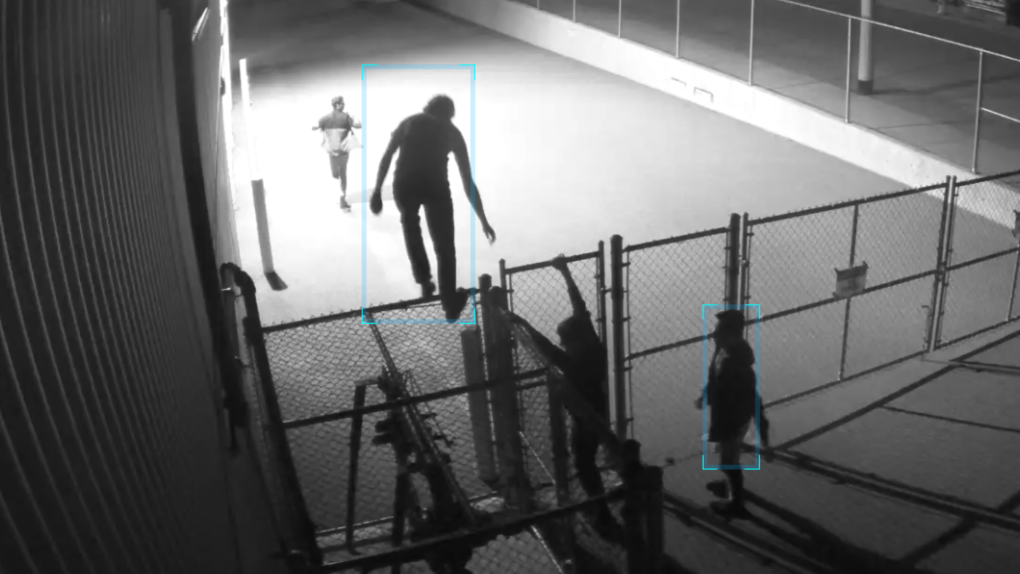 A group of people seen in a surveillance image shared by Penticton RCMP.

Penticton Mounties are looking for suspects they say caused thousands of dollars in damage to a high school roof last month.

The RCMP released a statement about the April 24 incident Wednesday, saying it hopes to identify a group of four people who were at Penticton High School in the early morning hours.

Investigators said the group arrived in "what appears to be a white Nissan Juke and climbed onto the roof of the building." While they were climbing up, network equipment for the school district was damaged, police said.

The repairs are expected to cost more than $8,000.

"This kind of damage is senseless," said Const. Dayne Lyons in a news release. "Whether accidental or intentional, the repair costs come out of the pot of money that would be better spent on students and education."

With their update, police released multiple surveillance images. One shows two people in the process of climbing over a fence. Another shows a person who appears to be jogging. That person is wearing grey pants, a grey and black jacket and a brown or red shirt.

Police didn't say whether the suspects are minors or students from the school.

Anyone with information is asked to call Penticton RCMP at 250-492-4300. Tips can also be left anonymously with Crime Stoppers.