Why Metro Vancouver gas prices are rising again and when they could peak: experts

Why Metro Vancouver gas prices are rising again and when they could peak: experts 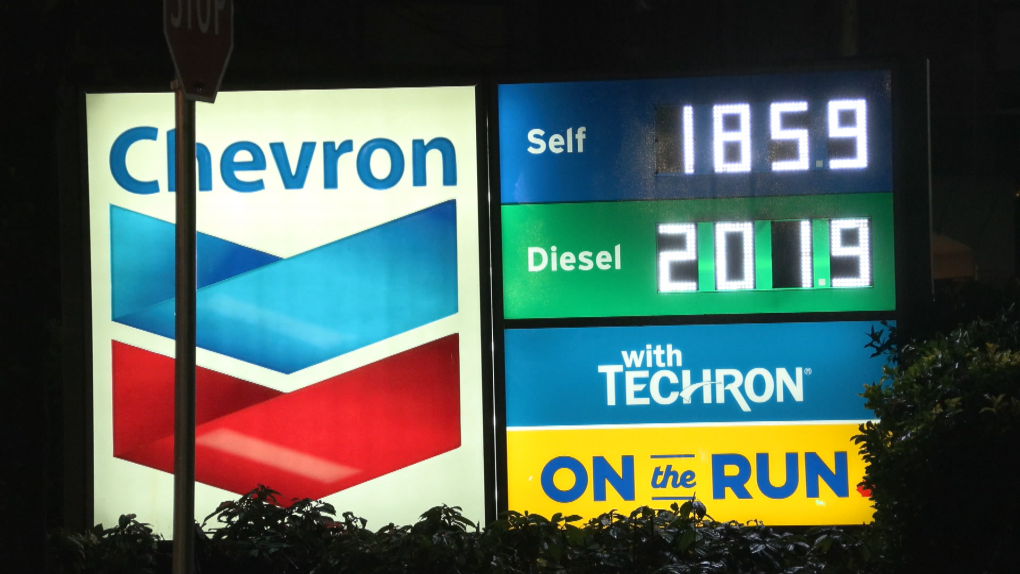 Gas prices in Metro Vancouver have been steadily climbing throughout January, and experts predict the cost will continue to rise.

Gas prices are once again creeping up in Metro Vancouver, with the numbers now sitting above $1.80 per litre.

It’s yet another blow to the cost of living in the region and the situation is only expected to get worse.

Prices started rising at the start of the month and have continued to climb incrementally ever since.

Drivers in Surrey were paying 185.9 cents per litre on Tuesday morning.

“I think they're just absurd,” said Bryen Vanderhoeven from Maple Ridge. "They're way too high."

“You can't even afford a trip. You can't go camping, you can't go to Kelowna for a weekend."

Analysts predict prices may stabilize in February, but come spring, they expect fuel osts will keep climbing due to an increase in carbon taxes and higher prices in the market itself.

The high prices are due to tight supply and increased demand.

Experts say COVID-19 lockdowns in China, the war in Ukraine and its impact on U.S. President Joe Biden’s administration's Strategic Petroleum Reserve are all factors.

The Lower Mainland set an all time record last September at 241.9 cents per litre.

Earlier this month, Kalibrate, a retail analytics company that tracks fuel prices, predicted drivers could pay up to $2.65 a litre by summertime.

However, other experts believe they will only climb to about $2.50 come July.

“It requires all the stars to line up at the same time, including refinery shutdowns in the United States and Washington state, the closure of the Olympic pipeline, and of course disruptions along the existing Trans Mountain pipeline,” said Dan McTeague, an analyst for the the prediction website Gas Wizard.

Drivers in Surrey told CTV News they were fed up with prices.

McTeague believes prices will continue to climb daily by a penny or so over the next several months.

While the price may drop four or five cents a litre, he says it will then go right back up again.

He predicts Metro Vancouver drivers will be paying up to $2.15 a litre by the first week of April.

The region is home to the highest prices in North America in part due to the carbon and TransLink taxes.

However, come July, it could be dethroned as Newfoundland imposes a new 16 to 17 cent per litre carbon tax.

“Vancouver prices today stand about 15 cent per litre higher than a year ago. Meanwhile the Canadian average is only about five cents a litre higher than last year,” said Patrick De Haan, head of petroleum analysis at GasBuddy.

“The west coast of Canada tends to get hit the hardest when it comes to rising prices, and unfortunately I don’t think there’s going to be much exception for that this year,” said De Haan.

The national average is currently trending at about $1.48 per litre.

Metro Vancouver is 30 to 40 cents above that.

“Vancouver is a bit of an island in itself and requires fuel. Whether it's oil for its small refinery in Burnaby, or gasoline from the strained Trans Mountain pipeline,” said McTeague.

He says drivers should fill up at night in order to save money, since that’s when stations shed their eight cent retail margin.

In addition, he says drivers can get an even better deal by filling their tanks on Saturday and Sunday evenings.