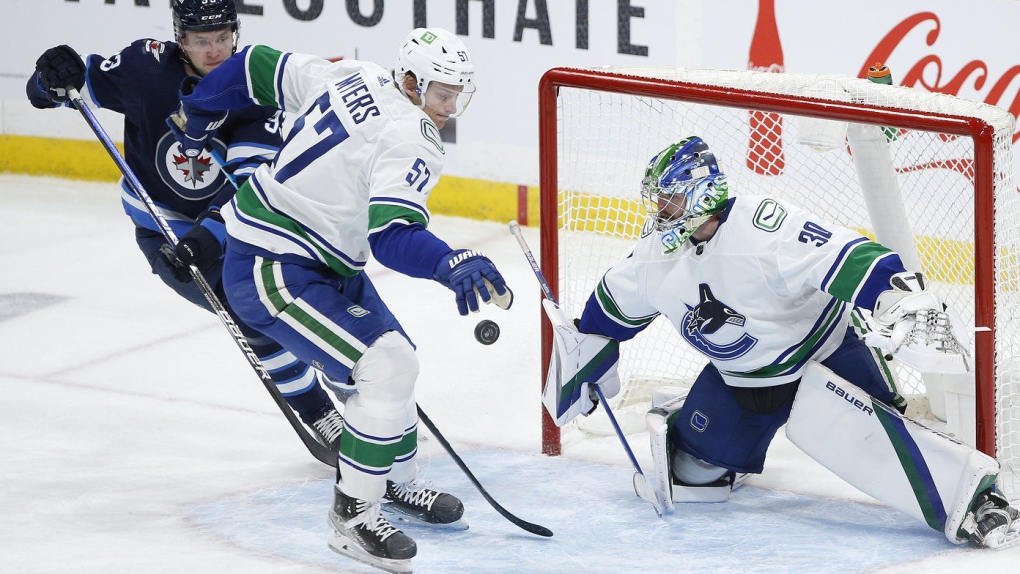 The Vancouver Canucks have signed goaltender Spencer Martin to a two-year, one-way contract.

The one-way deal suggests Martin is a strong candidate to back up starter Thatcher Demko next season.

The 26-year-old Martin played three games with Vancouver earlier this season, posting a 1-0-2 record with a 1.59 goals-against average and .958 save percentage.

The six-foot-three, 191-pound goaltender has appeared in six career NHL games split between Vancouver and Colorado, recording a 2.93 goals-against average and .916 save percentage.

Martin has a 17-4-2, 2.39 goals-against average and .918 save percentage with the American Hockey League's Abbotsford Canucks this season.

Martin, from Oakville, Ont., was selected by Colorado in the third round, 63rd overall in the 2013 NHL draft.

"We're pleased with the success Spencer has had this season, not only in the American Hockey League but also during his stint with Vancouver earlier this year," Canucks general manager Patrik Allvin said in a release. "He has been very reliable for Abbotsford, contributing greatly to their Calder Cup Playoff berth earlier this month, and has shown an ability to perform in high-pressure situations."

This report by The Canadian Press was first published April 8, 2022.