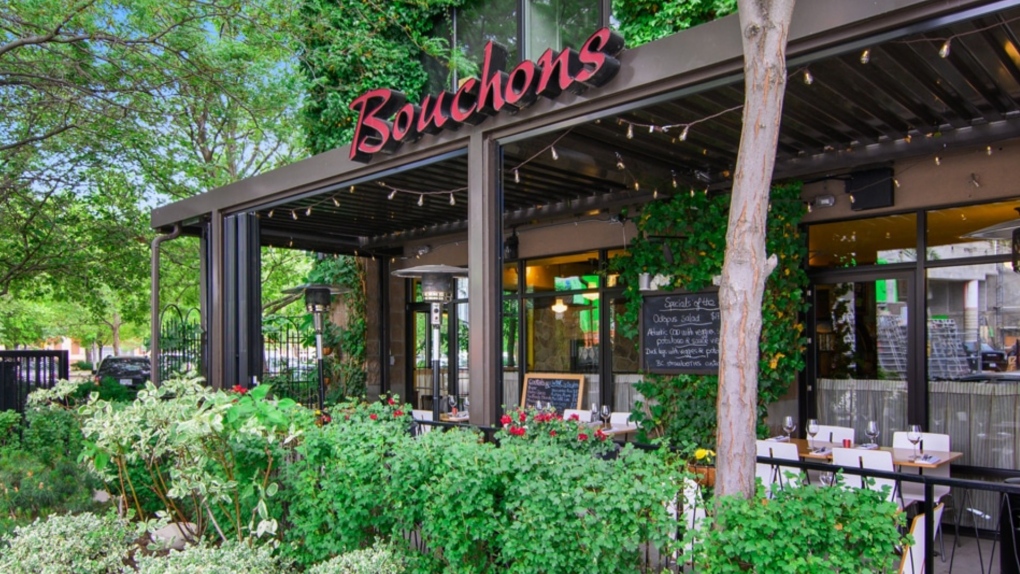 Bouchons Bistro is seen in this image from its website. (bouchonsbistro.ca)

A Kelowna restaurant has been ordered to pay $25,000 to a former employee over sexual harassment she experienced from her supervisor.

Valencia Curken initially filed her complaint with the B.C. Human Rights Tribunal against both the supervisor and Gastronome Enterprises Ltd., which operates Bouchons Bistro, where the harassment took place.

After reaching a settlement with the supervisor – referred to throughout the recently published HRT decision simply as "the employee" – Curken proceeded with her claim against just Gastronome. She argued that the employer was liable for the sexual harassment, and that the harassment was the reason she lost her job in March 2019.

In her Jan. 12 decision, tribunal member Kathleen Smith agreed with the employer that Curken had not been fired because of the sexual harassment, but she concluded that Gastronome had failed to provide a workplace free of discrimination, and was responsible for the employee's actions.

Because Gastronome conceded that the employee's behaviour constituted sexual harassment, Smith's decision does not discuss many specifics of what transpired. Rather, the tribunal member summarizes the employee's conduct in the following four bullet points:

"Ms. Curken testified that the sexual harassment was constant, starting in her first week, and escalated in terms of frequency and egregiousness after (Gastronome's owners) promoted the employee in April 2018," Smith wrote, noting that Curken had provided documentary evidence of the harassment, "including text messages with sexually explicit video content attached."

Curken didn't report the sexual harassment while it was happening, according to the HRT decision. She chose not to do so because the employee was her supervisor and had a close relationship with the owners, which made her fear that reporting the behaviour would result in a reduction of her hours or her firing.

Smith's decision notes that Curken is a single parent and that Bouchons was her primary source of income at the time of the harassment.

"The parties agree that Bouchons did not have any policy, procedure, or training regarding sexual harassment at the relevant time," Smith wrote, adding that Gastronome says it has since adopted such a policy.

Curken told the tribunal that she believes the employee's influence over Gastronome's owners led to her firing. She described telling another co-worker about the employee's behaviour, and suggested that her firing happened so soon after that conversation that the employee or the owners must have found out about what she said.

For their part, the owners said they fired Curken because of issues with her performance and because she failed to follow the restaurant's procedures for dealing with tips.

The restaurant required servers to bring a "cash float" with them to their shifts in order to cover the cost of providing a "tip out" – a percentage of the total tips for the night – to kitchen staff and other non-servers. Tips that were made by credit card were tracked and paid out in a lump sum upon a server's request.

According to Smith's decision, Curken often had trouble coming up with the cash necessary to pay the tip out each night.

Shortly before her firing, around the same time that she told her co-worker about the sexual harassment, Curken sent a letter to her employer explaining why she believed the restaurant's tip policies were illegal.

After she was fired, she took Gastronome to the Employment Standards Branch, which found in her favour and awarded her compensation, according to the HRT decision.

While Smith conceded that Curken's version of events was a possibility, she determined it wasn't the most likely reason for the server's firing.

"I conclude that the most likely inference is that Gastronome based its decision to terminate Ms. Curken’s employment on what it perceived to be concerns about her performance," Smith wrote. "I am unable to conclude that the sexual harassment or a potential report of sexual harassment was a factor in the termination decision. I dismiss this allegation. In doing so, I do not make any findings about whether the termination was otherwise justified."

On the question of responsibility for the sexual harassment Curken experienced, Smith noted that established legal precedents make employers liable for discriminatory acts committed by their employees in the course of their employment.

This principle holds true even when the employer is unaware of the employee's discriminatory conduct.

"Gastronome’s lack of knowledge does not provide a basis to depart from the principles of employer liability," Smith wrote. "In short, Gastronome is responsible for the discriminatory conduct of the employee, which occurred in his role as an employee in the course of employment."

Having found the company liable for the sexual harassment, Smith concluded that $25,000 was an appropriate award for Curken, given the serious and ongoing nature of the employee's behaviour, as well as the "difficult context" in which it occurred.