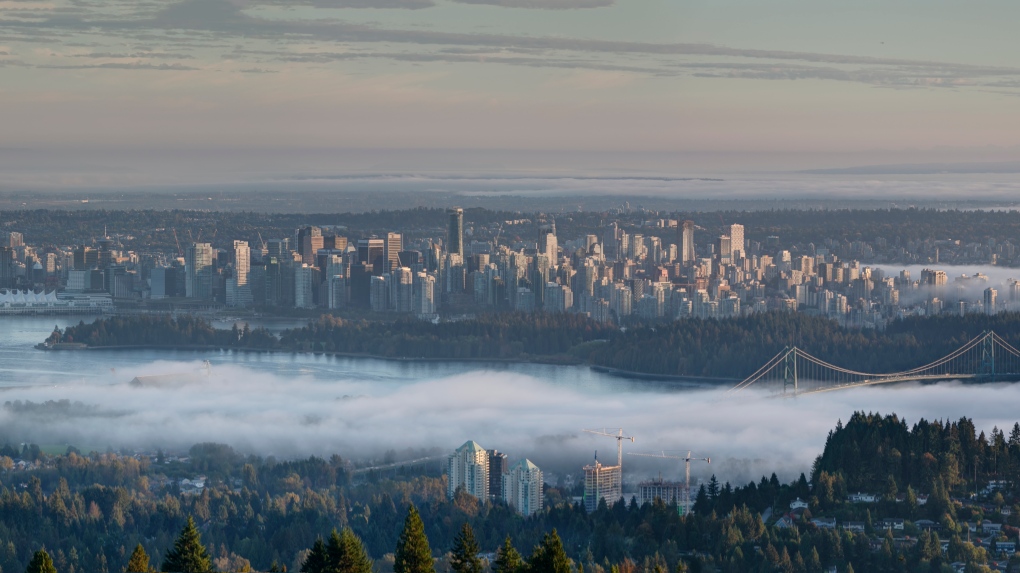 Fog in Vancouver is seen in this undated image. (Shutterstock)

Drivers travelling through Metro Vancouver Tuesday morning are being warned of dense fog that could lead to dangerous conditions.

In a weather advisory Tuesday, Environment Canada said Metro Vancouver and parts of the Fraser Valley including Chilliwack and Abbotsford could see significant fog through the early afternoon.

Similar fog advisories are in place for Vancouver Island, the Gulf Islands and the Sunshine Coast.

"Visibility may be significantly and suddenly reduced to near zero," Environment Canada's notices said.

"Travel is expected to be hazardous due to reduced visibility in some locations. If visibility is reduced while driving, slow down, watch for tail lights ahead and be prepared to stop."