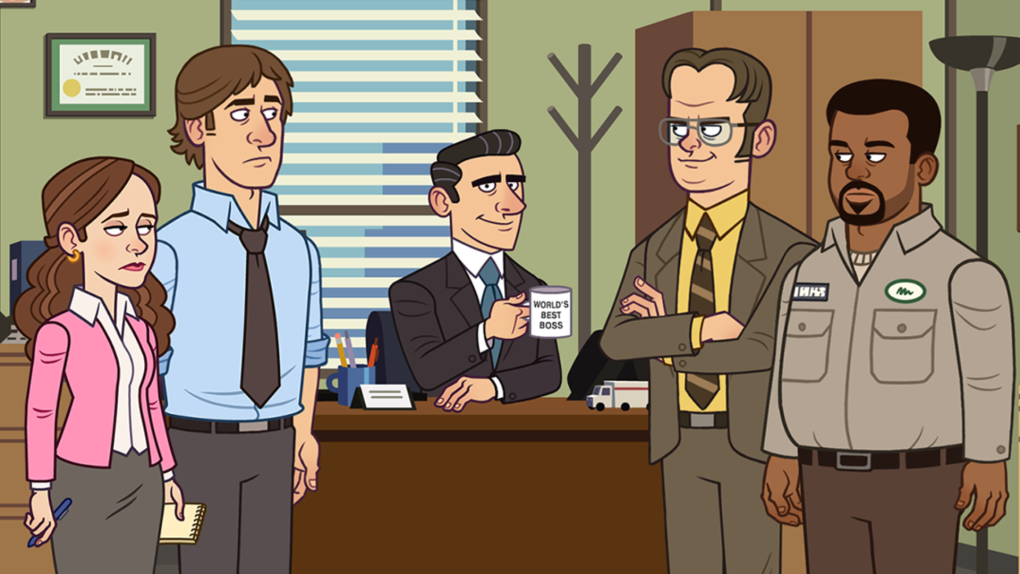 Animated versions of characters from NBC's "The Office" are seen in a new mobile game developed by East Side Games.

Binge-watching "The Office" provided comfort to millions of people in the early months of the COVID-19 pandemic. Now, a Vancouver-based video game developer is inviting fans back into Dunder Mifflin's Scranton branch with a licenced mobile app.

"The Office: Somehow We Manage," a free-to-play app with optional in-game purchases, was launched last week by East Side Games. Players are invited to try running the "world's best mid-size regional paper company" – mostly through a lot of finger-tapping – while reliving moments from some of the series' most popular episodes.

Company co-founder Josh Nilson told CTV News it was "a dream" to work with such a beloved property.

"It's one of the biggest shows of all time, and it has so much depth to it – even though most of the time it's set in the office," he said. "And I think our team did an amazing job bringing it to life."

According to the game's website, fans can expect to experience everything from The Dundies to Pretzel Day to a trip to Schrute Farms.

"I can't give away all the secrets but we captured some of the top moments in 'The Office' and a lot more is coming," Nilson added. "I think people are really going to like it."

Since opening in 2011, East Side Games has made a name for itself turning popular TV shows into mobile experiences, from "Trailer Park Boys" to "RuPaul's Drag Race" – as B.C. exploded into a major gaming industry hub.

According to a recent report from the Entertainment Software Association of Canada, there were 161 video game companies in the province last year, employing some 8,700 full-time workers.

That's about twice as many gaming companies as were operating in B.C. a decade ago, according to the ESAC, with the number of those defined as "large" increasing at a faster pace than "standard" or "micro" companies.

Nation-wide, the gaming industry generated $4.3 billion in revenue in 2021 – and while ESAC doesn't break that figure down by platform, mobile gaming revenue reportedly surpassed console and PC gaming years ago on a global scale.

Purchases in "The Office: Somehow We Manage" range from $4.99 up to $99.99, which buys players bundles of "Scottcoins" that can be spent on perks and cosmetics. The app also allows players to voluntarily view in-game ads to speed up their progress, a common option in the free-to-play market.

Tech experts have recommended that parents – or anyone concerned about spending real-world money in games – turn off in-app purchases using their device's settings.

Engineering a pro sports career: How an aerospace studies major joined the Raptors as a coach

The Raptors 905 coach, Eric Khoury, explains how his aerospace engineering studies led him to a career in the NBA.