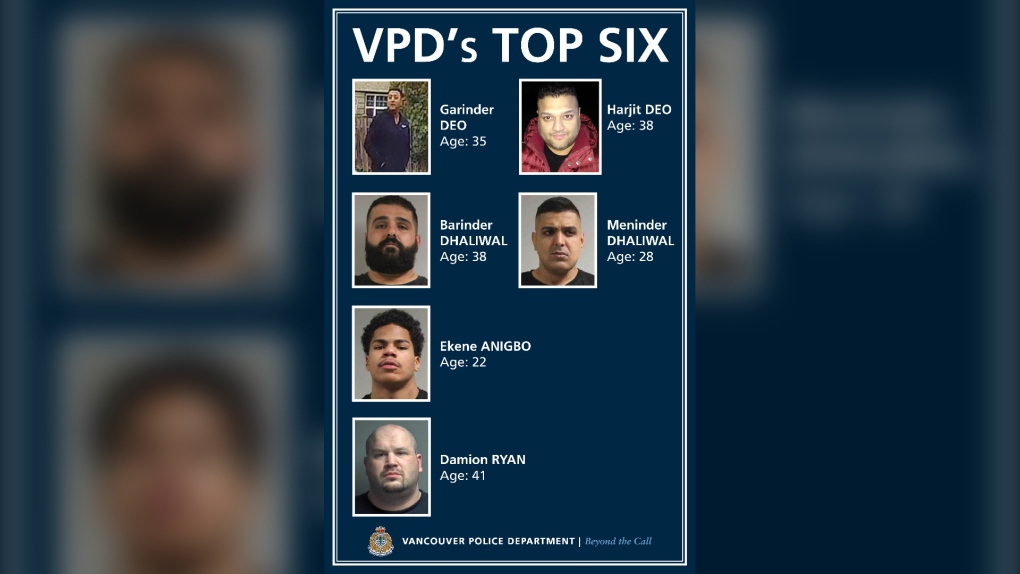 The Vancouver Police Department has identified six alleged gangsters who are said to pose "a significant risk" to public safety. (Handout)
Vancouver -

The Vancouver Police Department says it has arrested one of the "top six" alleged gang members it warned the public about back in May.

Anigbo was wanted province-wide on multiple warrants, according to police. Those warrants were related to breaching probation and assault.

When officers arrested him on Thursday, Anigbo allegedly had a rifle, handgun and ammunition in his possession.

He has now been charged with four firearms-related offences and is being held in jail until his next court appearance, police said.

The arrest is part of the VPD's "Taskforce Threshold," an initiative that began in May in response to escalating gang-related violence in Metro Vancouver.

The taskforce aims to "prevent gang violence by investigating incidents as they occur and proactively investigating persons involved in the gang conflict," according to Vancouver police.