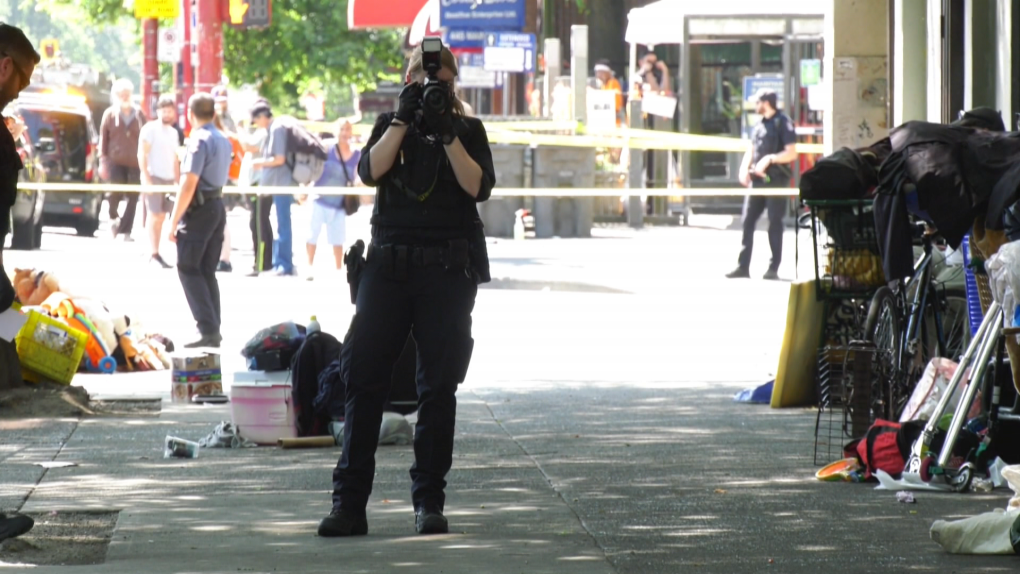 A man is in hospital following a stabbing in Vancouver's Downtown Eastside Monday.

Police confirmed to CTV News Monday that officers had been called to the area of Main and Hastings streets for reports of a stabbing, and that one man was found injured.

That man was transported to hospital, the Vancouver Police Department said in an email.

His condition as described by the VPD later on Monday as "stable."

Police say they're continuing to investigate the incident. No other information has been provided.