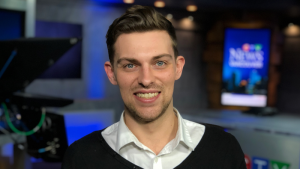 Spencer Harwood is the associate assignment editor for CTV News Vancouver. He was previously an associate producer.

A tireless story chaser and journalist, he has also worked on four different elections for CTV News as a results producer, including the 2021 Canadian Federal election, and as results team leader during the 2022 B.C. Municipal elections.

Spence graduated from the University of British Columbia with a B.A. in History before spending nearly six years working for a translation and technology firm as a strategic accounts director and program manager.

Send any story ideas his way to spencer.harwood@bellmedia.ca