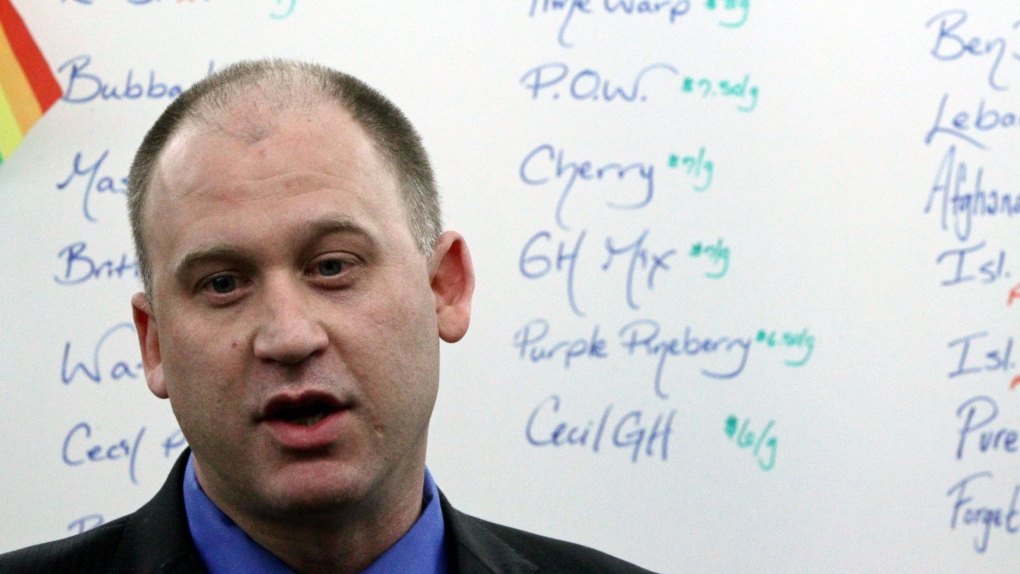 A marijuana activist from B.C. has mailed out a provocative package to Liberal MPs across Canada.

Dana Larsen told CTV News he sent each one of the MPs his latest book, Cannabis in Canada: the Illustrated History, as well as one gram of marijuana in the hopes of sparking a conversation in their offices.

“I thought since they’re going to be legalizing marijuana in Canada is would be a good time for them to read my book and learn about the history of this plant,” Larsen said.

“And also perhaps a good time to smoke a little bit of it.”

Though it’s illegal to mail drugs under the Controlled Drugs and Substances Act, with limited exceptions, Larsen said he’s not concerned about getting on the RCMP’s radar.

“I don’t expect to get in any trouble at all,” said Larsen, who spoke to CTV News while on vacation in Delhi.

“The RCMP have better things to do than come after me for a publicity stunt like this, and I very much doubt any Liberal MPs will be calling police in the first place.”

Even Justin Trudeau was mailed one of the presumably odorous packages, but Larsen said he’d be surprised if the Prime Minister – or any of the MPs, for that matter – ended up actually smoking the marijuana.

The pot advocate said he’s mainly hopeful some of them will read his book as they navigate the path to legalization.

“If you read the history of cannabis in Canada and you learn about it, you find out that the cannabis leaf is actually more Canadian than the maple leaf is, and this plant has played a very important role in this country’s history,” Larsen said.

None of the MPs have responded or thanked him for the mail-outs, he added.

Larsen made headlines in 2014 after sending a bag of marijuana to B.C. Premier Christy Clark, at the height of the province’s teachers’ dispute.

He argued the tax revenue from legalized marijuana, which he estimated would add $200 million a year to B.C.’s coffers, could help fund educators’ demands.

There was no apparent legal fallout for that stunt.