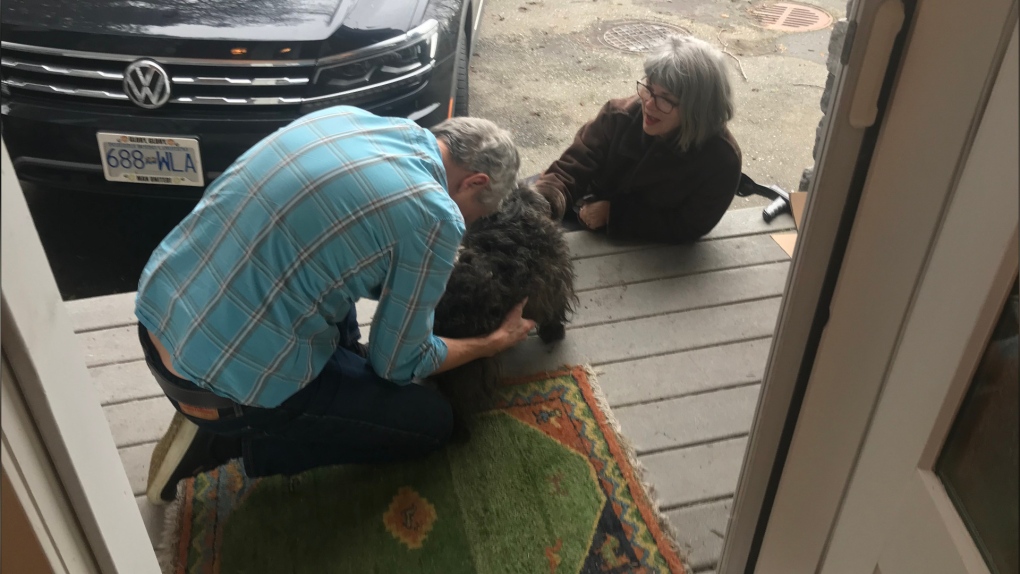 Callie the cairn terrier is reunited with her owners after getting trapped under a stranger's deck for 40 hours in White Rock, B.C.

VANCOUVER -- When Wade Deisman heard an unsettling barking sound over the weekend, he thought one of his neighbours got a puppy.

It wasn't until the next day that he realized the noise was coming from somewhere on his own White Rock, B.C., property.

As he was walking into the home he heard another yelp that sounded like it was coming from beneath the deck.

Deisman, an associate dean at Kwantlen Polytechnic University, jumped into action, crawling on his stomach to see how close he could get to the noise, but he couldn't make it far.

Even though he had already been investigating where that mysterious barking was coming from, he wasn't quite prepared to do some literal digging, but that didn't stop him from grabbing a shovel in an attempt to get closer to the pet.

"When I was trying to shovel my way through, it was quite challenging. I'm still experiencing quite a bit of bruising and soreness on the side," he said.

After 20 minutes, he realized he had to stop out of concern he might get stuck himself.

Deisman, who had just moved to the home a few months ago, said he felt helpless because he wasn’t familiar with the space and didn't know how to safely access it.

He improvised and used a lawn edger and started to pry the boards off his deck, one by one.

"I grabbed my iPhone, turned on the flashlight and shone it down there and that's when I saw the dog's eyes. And the dog, at that point, howled and I just felt this jolt of adrenaline." 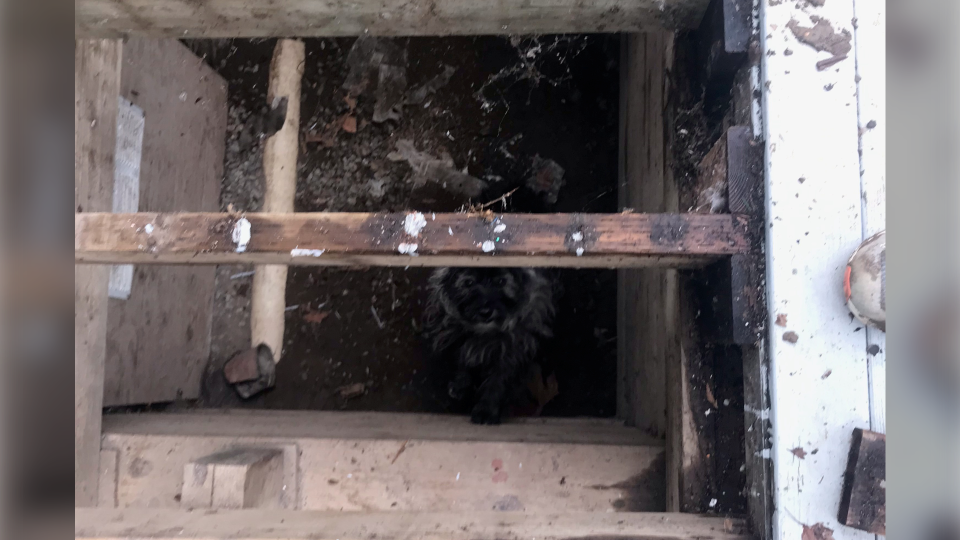 He continued to rip his deck apart until he was able to rescue the small black Cairn terrier named Callie.

“The dog was literally shaking, I think out of fear and trauma,” he said.

He brought Callie, who is believed to have been under the deck for more than 40 hours, into the home and gave her some food and water. Her dog collar did not give any information about the owners, so Deisman went online.

"I thought to myself, 'Somebody's got to be looking for this dog.' So I checked on Craigslist and sure enough, the second listing said, 'White Rock dog missing.' I popped it open and there was Callie's face starring at me," he recalled.

Callie's owners lived in the same neighbourhood and within minutes after notifying them, they were at his doorstep.

"As soon as the dog and the owners saw each other, the dog let out a yelp or a howl -- I'm not sure how to describe it – and it was just like that moment from a movie," he said. "There were tears in both their eyes. You could feel the relief and the joy…I am just getting emotional remembering it."

Deisman learned from the owners that Callie likes chasing rodents, and they suspect that's what she was up to when she got stuck beneath his deck.

He said the owners offered him a reward, which he politely declined.

"I'm just so glad it had a good, happy outcome and this was rewarding enough."