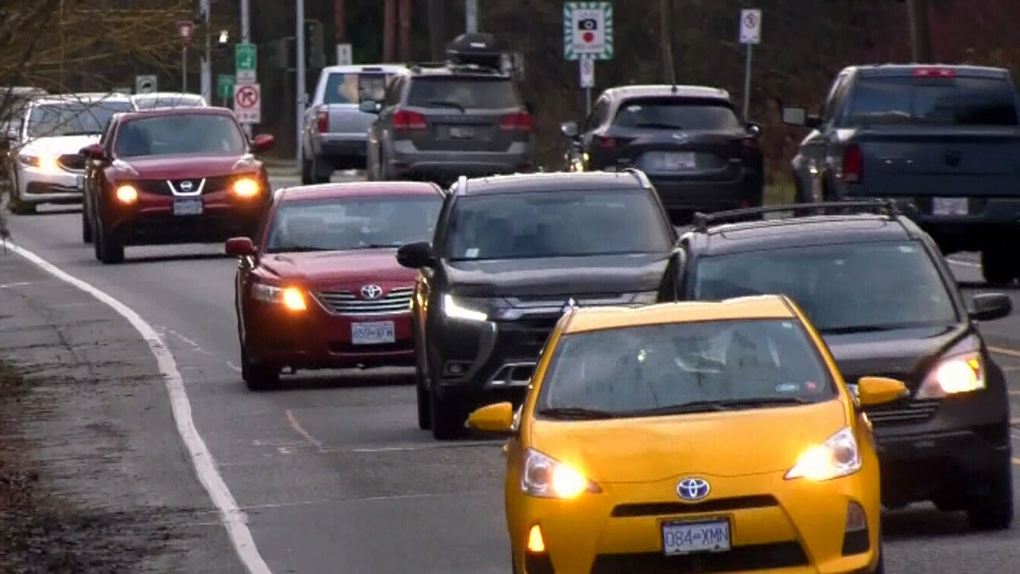 A new poll suggests about two-thirds of British Columbians support lowering the speed limit in residential areas to 30 km/h.

Sixty-six per cent of respondents to an online survey conducted by Research Co. say they would "definitely" or "probably" like to see the speed limit reduced on residential streets, while keeping the speed limit on arterial and collector roads at 50 km/h.

That's an eight per cent jump from 2019, when 58 per cent expressed interest in lowering the speed limit in neighbourhoods.

The poll also suggests more women are on board with lowering the speed limit (68 per cent) than men (63 per cent).

Age also played a factor. Results from the poll show while seven-in-ten of B.C. residents aged 18 to 34 would welcome the regulation (70 per cent), the rating is lower among their counterparts aged 35 to 54 (65 per cent) and those 55 and up (62 per cent).

When divided by region, the poll suggests the idea of lowering the residential speed limit was most popular in southern B.C. (72 per cent).

Metro Vancouver and northern B.C. are slightly behind (both tied at 67 per cent), followed by the Fraser Valley (63 per cent) and Vancouver Island (58 per cent).

A speed limit of 30 km/h is already in effect in Vancouver's Grandview-Woodland neighbourhood, after the city passed a motion in 2019 to establish a pilot project to reduce the speed limit on select residential streets.

Nearly two-in-five residents (39 per cent) say they witness cars going above the current speed limit on the street they live "at least once a day," researchers say.

A series of explosions rocked the eastern Ukraine city of Kharkiv early Saturday, sending towering plumes of illuminated smoke in the sky and triggering a series of secondary explosions.

The Public Health Agency of Canada (PHAC) is warning Canadian travellers entering Uganda to take extra precautions before flying due to an Ebola outbreak that was declared in the nation last month.

Did vaccines make a difference? Study looks at rates of severe illness from COVID-19

A study of 1.6 million U.S. patients has found that COVID-19 vaccines and boosters lead to low rates of severe illness and death.

The Toronto Blue Jays take on the Seattle Mariners Friday in Game 1 of the AL wild-card series at Rogers Centre this weekend. CTVNewsToronto.ca will have live updates throughout the game.

Nike has suspended its partnership with and paused support for Hockey Canada as the sports organization faces increasing pressure to handle alleged sexual assaults.