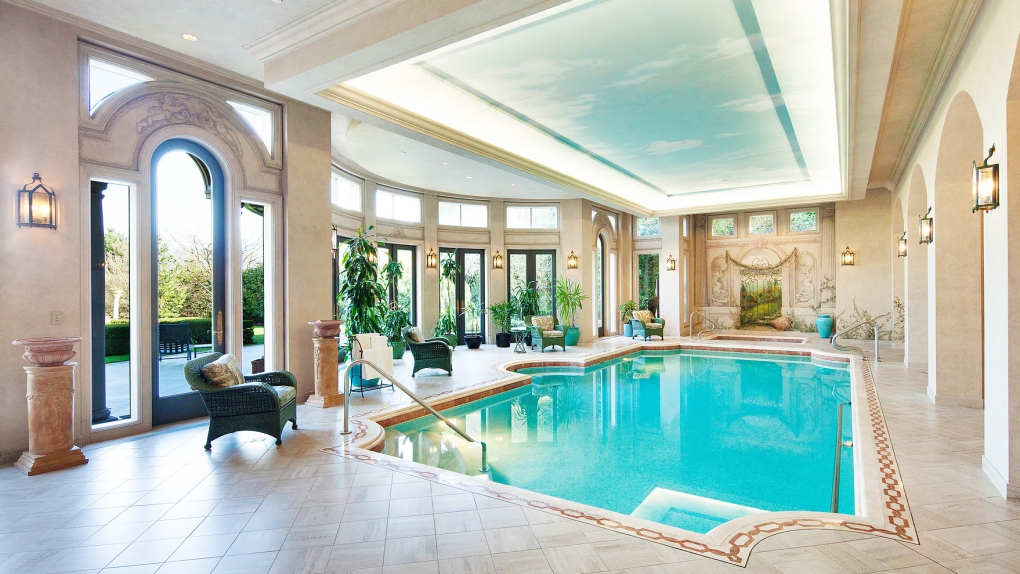 VANCOUVER -- A luxury real estate company says a Vancouver mansion is the most expensive home ever sold in the region, but representatives won't say what the buyer paid for it.

According to Sotheby's International Realty, a mansion known as Belmont Estate recently sold for the highest price on record for a single-family home on a single lot in the Metro Vancouver area.

But realtor Christa Frosch refused to answer questions from CTV News Vancouver about how much it sold for – or even if the price was at, above or below the listing price – citing privacy as their reason.

A spokesperson said Sotheby's wouldn't even provide the listing price out of respect to their buyer and seller, but the current listing on the company's website puts the asking price at $58 million.

The mansion on Belmont Avenue was listed on the site at the same price in February 2020, when CTV News compiled a list of some of the most expensive homes for sale in Canada at the time.

That listing has since been taken down, but the photos were the same. It's unclear whether the house sold, then was put back on the market or if the attempt to sell was unsuccessful at the time, as Sotheby's said it would not provide an answer due to privacy reasons. 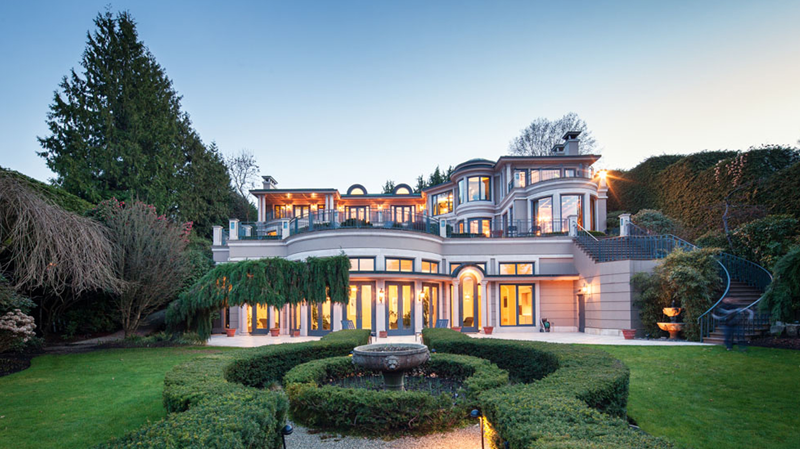 The 21,977-square-foot Belmont Estate, which sits on 1.28 acres of land among Vancouver's priciest properties in Point Grey, was just listed for $63 million. (Sotheby's International Realty Canada).

Also unclear is whether the seller had to drop the asking price from the $63 million it was listed at in 2017, as Sotheby's would not answer this question either.

About four years ago, the same realtor involved in the 2021 sale issued a statement about Belmont Estate, saying the ornate mansion owned by a pair of long-time Vancouver philanthropists had broken a record for most expensive listing in the city.

Again, the photos are the same as used in the current listing, but it's unclear how many people, if any, owned the home since the listing from owners Joseph and Rosalie Segal.

BC Assessment suggests there is no sales history for at least the last three years.

All that Sotheby's would confirm was that the previous record for Metro Vancouver was $31.1 million, set in 2016, so Belmont Estates must have sold for more. The company said it confirmed the undisclosed sale price was a record based on data from MLS.

Some have pointed out that another property in Point Grey was reported as selling for more than $51 million in 2014.

But Sotheby's said that mansion spans across three lots. The Belmont mansion is the most expensive sale on a single lot. 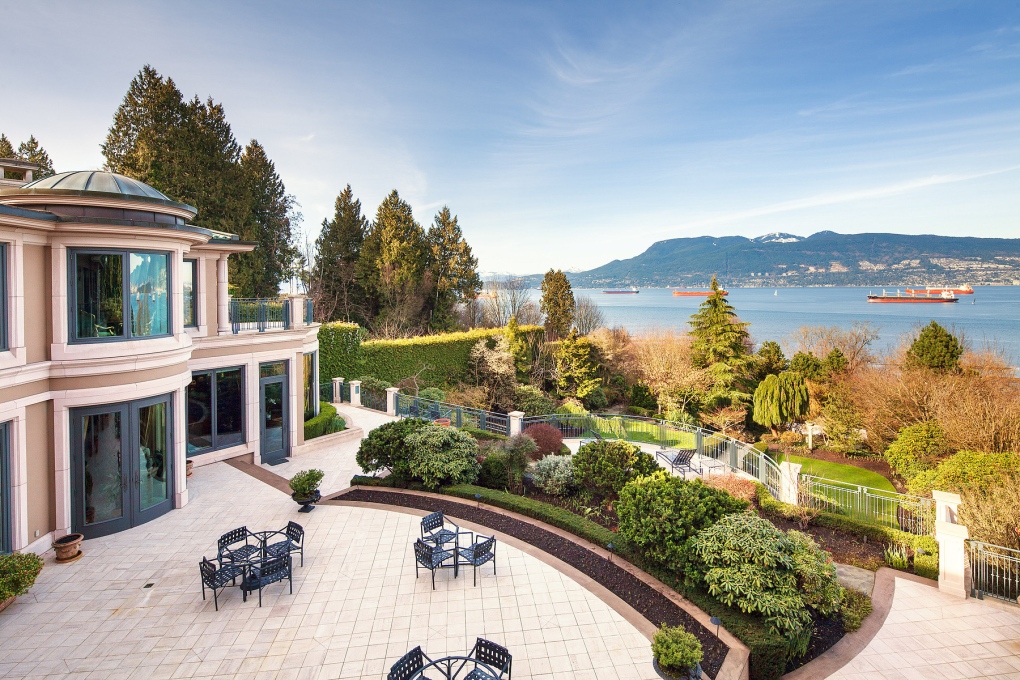 WHO BOUGHT THE MANSION?

Frosch wouldn't provide many details on the buyers of the 21,977-square-foot home on a 1.28-acre lot in Vancouver's tony Point Grey neighbourhood.

She said there was interest from international buyers as well as local residents, and that ultimately, the successful bidder was Canadian.

"This speaks to the strength of the domestic market," she said in an email to CTV News.

Earlier this summer, Sotheby's issued a report on the sale of luxury homes in Vancouver, which suggested a 300 per cent increase year-over-year when looking at those priced higher than $10 million.

She did not answer how long it typically takes to sell a home in this price category, saying only that it's about finding the right buyer, and that sometimes this means a house stays on the market longer. 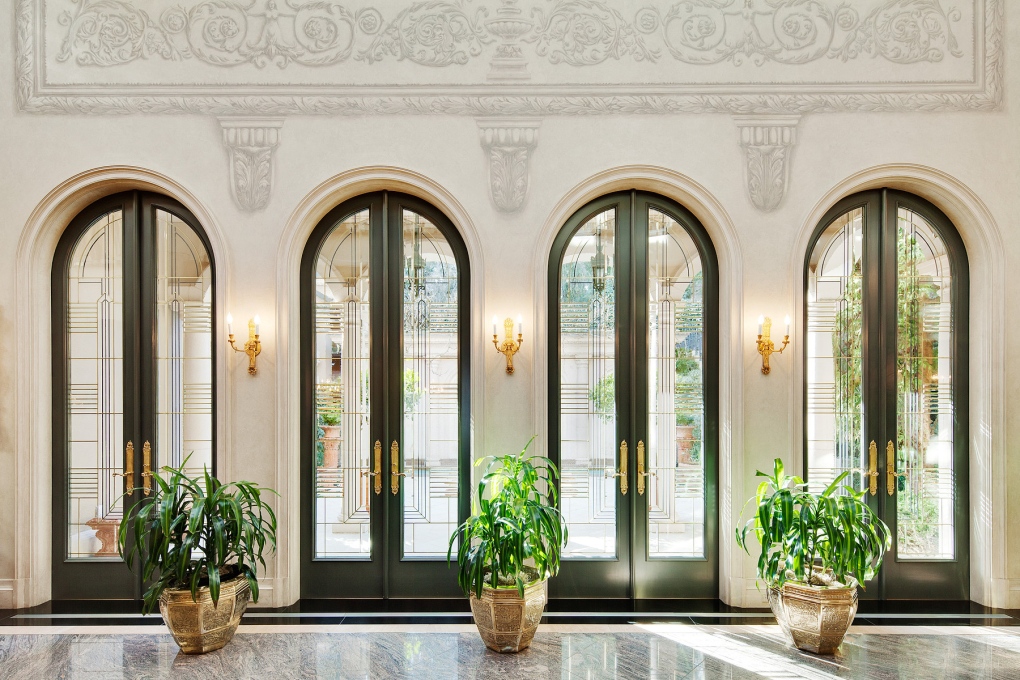 POTENTIAL IMPACT ON THE MARKET

"Vancouver is a very sought-after city to live in due to the fantastic lifestyle the city offers, and we expect to see the interest in the city's luxury market continue," she said.

But many of Vancouver residents struggle to afford even a one-bedroom condo.

When CTV News asked about the impact on the market as a whole of sales of these types of homes, Frosch said the pandemic showed would-be buyers what really matters to them in terms of lifestyle, and working from home gave some people more options in terms of location.

"We have been witnessing people's real estate decisions at all price points being driven by clarity over lifestyle choices," she said.

She did not say answer whether she expected record-breaking sales in the luxury category to have a trickle-down impact, driving up prices of so-called affordable homes. 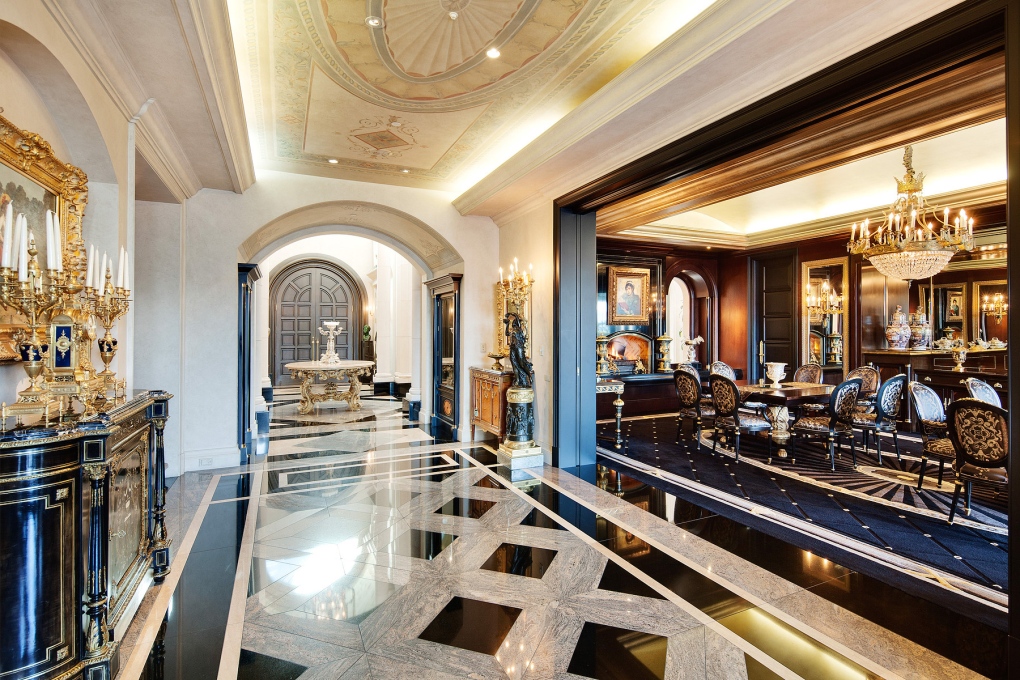 A MORTGAGE ON BELMONT ESTATE

Without the sale price, it's hard to say what a mortgage on this type of home would cost, but hypothetically, CTV News crunched the numbers through RateHub.ca's mortgage calculator.

Assuming the home sold for $31.2 million, slightly over the previous record of $31.1 million, and the buyer was able to put 20 per cent down ($6.24 million), the monthly mortgage at the best available rate (1.74 per cent) as of Thursday morning on a five-year fixed mortgage with a 25-year amortization period would be $102,588.

Assuming it sold for the list price of $58 million, and using the same calculations as above, the new buyer would be paying $190,709 a month.

They'd also have to pay annual property taxes based on the provincial assessment of $33,839,000. 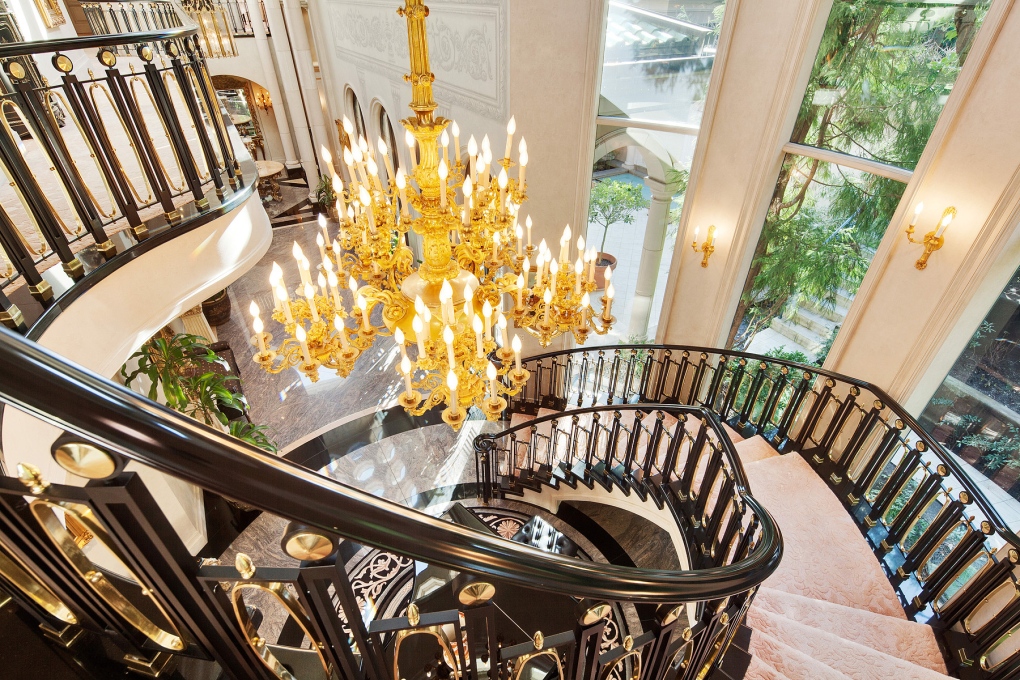 For would-be buyers still not deterred, here's a quick look at what the anonymous seller is giving up.

The 20-year-old home has 21,977 square feet of living space, which includes a dozen bathrooms and five bedrooms.

Designed by Ernest Collins Architect Ltd., in collaboration with the owners, it took more than five years to build. The listing says every element of the home was carefully chosen.

It has six parking spaces, features a stone waterfall and includes a grand hall.

It has views of the ocean and North Shore mountains, a wraparound deck and a terrace. 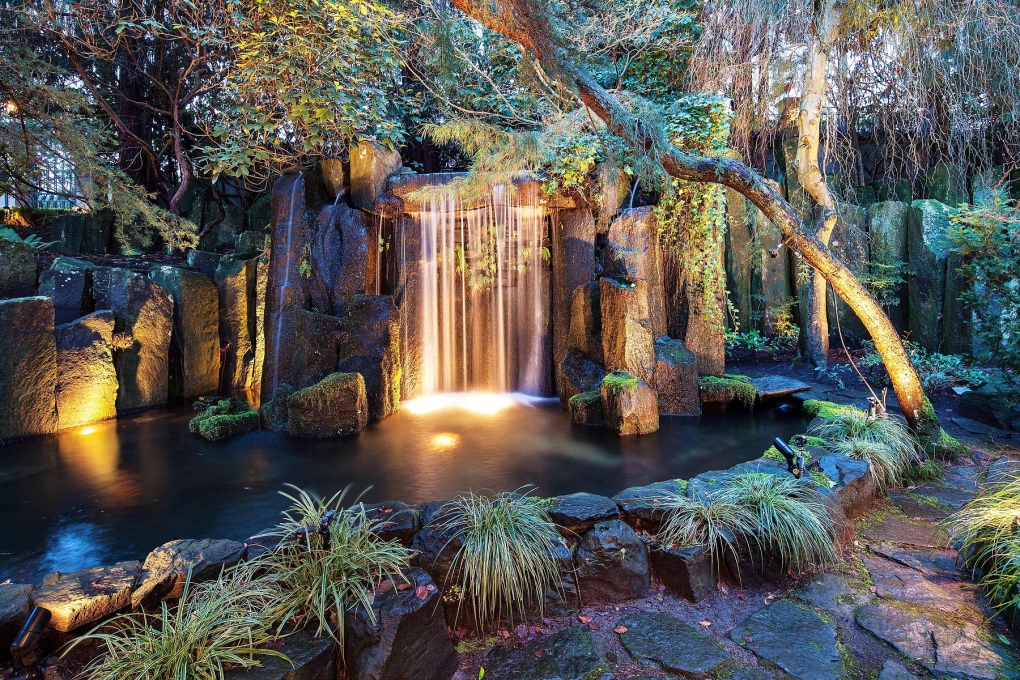 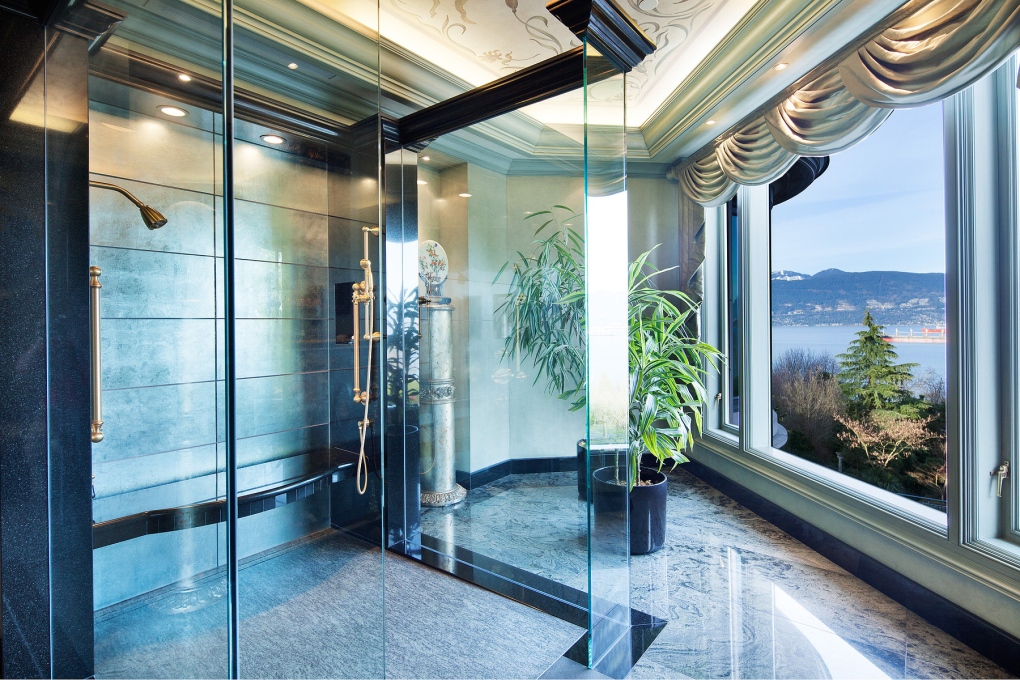 All images from Sotheby's International Realty listing for 4743 Belmont Ave.

BREAKING | Jason Kenney steps down after 51.4% approval in leadership review

The Conservative Party of Canada is investigating a complaint lodged by Patrick Brown's leadership campaign about a racist email it says it received from a member.