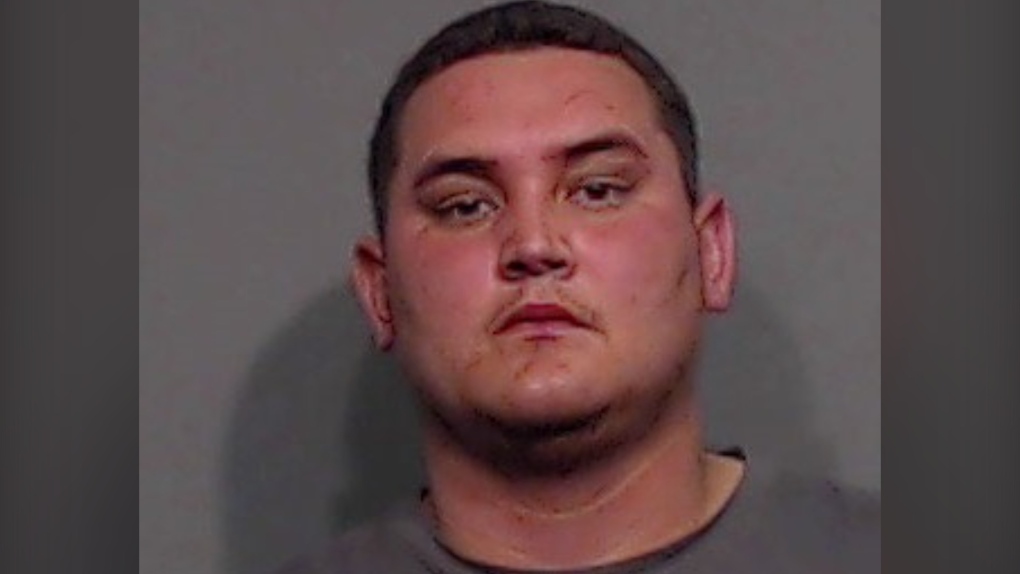 The Penticton South Okanagan Similkameen RCMP have released this photo of a suspect they say should be considered armed and dangerous.

Mounties in B.C.'s Okanagan are asking for help locating a suspect in a Canada Day shooting while exploring the possibility that he was also responsible for two other shootings in the area in the days prior.

Steven Marlo Gallagher, 29, is considered "armed and dangerous," according to a statement issued Wednesday by the Penticton South Okanagan Similkameen RCMP.

At around 7 p.m. on July 1, officers were called to an area known as "White Sands" on the east side Osoyoos Lake, the detachment says in a press release.

The victim was a 22-year-old man from Maple Ridge.

"(He) was with friends getting ready to watch the Canada Day fireworks when a male from another group started an altercation before pulling out a gun, firing multiple rounds and shooting the victim before fleeing the area," the statement continues, noting the injuries suffered were not life-threatening.

A spokesperson told CTV News that although Gallagher did not know the victim, he did know "some of the victim's friends."

That shooting followed two others in Penticton on June 26 and 28, respectively. The RCMP says investigators are "reviewing all evidence to determine whether there is a link."

In the first incident, according to the Penticton RCMP, shots were fired at around 2 a.m. after a group of friends was "approached by an unknown male" who "began to assault" a member of the group.

When another member of the group stepped in, a second "unknown male" fired a gun. No one was hit by what the statement from police describes as "indiscriminate shots."

Police went on to say the group was from out of town and did not know the suspects.

"Miraculously, no one was seriously harmed as a result of this alarming incident," Const. James Grandy wrote.

"This appears to be a non-targeted altercation with an unknown motive."

In the June 28 shooting, shots were fired at police while they were conducting a traffic stop around 1 a.m. No one was hit but the statement issued by police says an RCMP cruiser was left "riddled with bullets."

Anyone who sees Gallagher is urged not to approach him and instead to call 911. Those with information about his whereabouts are also asked to call emergency dispatchers immediately.

Members of a Freedom Convoy-affiliated group remain at an Ottawa church one day after the owner of the historic property moved to evict them over unpaid rent.