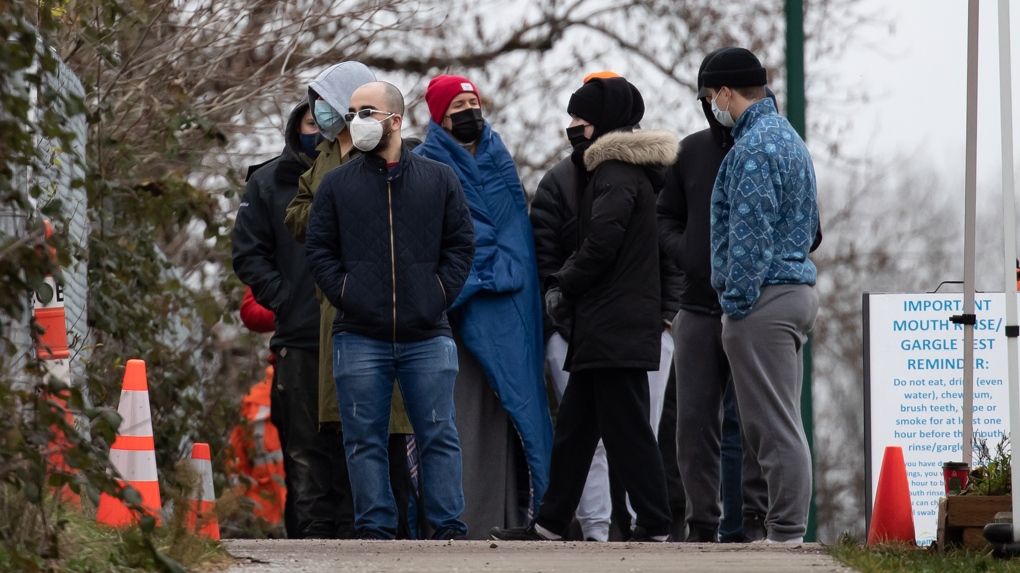 People wait in an hours-long lineup for a PCR test at a Vancouver Coastal Health COVID-19 drive-thru and walk-up testing site, in Vancouver, on Tuesday, December 21, 2021. THE CANADIAN PRESS/Darryl Dyck

The figures released Tuesday are preliminary, the province said, and confirmation of those numbers is possible on Wednesday. Details on the latest hospitalizations, deaths and vaccination rates will also be released that day.

Numbers released Tuesday suggest 1,785 more people have been added to the total number of cases confirmed since the start of the pandemic.

Meanwhile, 283 were infected in Island Health and 42 people were confirmed to have the disease in Northern Health.

Data released in recent days may be incomplete, however, as testing centres are being asked to prioritize people over age 65, those with compromised immune systems, those with severe symptoms and front-line health-care workers.

Provincial health officer Dr. Bonnie Henry said last week others may be offered rapid tests, but she stressed that those who don't have symptoms shouldn't get a test.

Henry also said anyone who has any symptoms of COVID-19 should assume they have the disease and self-isolate for seven days if they are fully vaccinated, or 10 days if they have had fewer than two shots of a COVID-19 vaccine.

Health officials are expected to give a live COVID-19 update on Wednesday, which will be streamed on CTVNewsVancouver.ca in the afternoon.