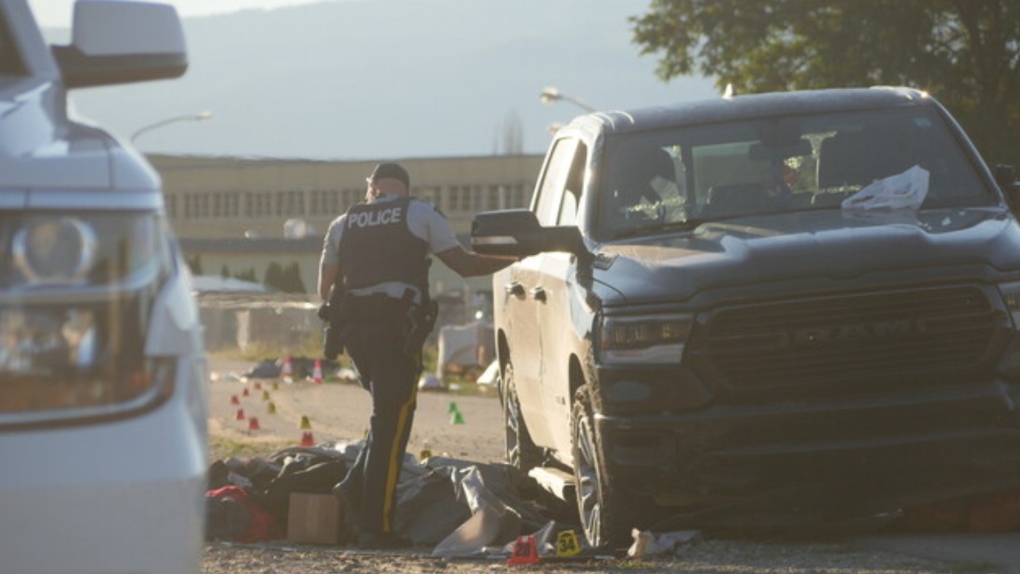 Police in Kelowna say they have arrested a driver who ran over a man at a homeless encampment in the city overnight. (Castanet.net)

Police in Kelowna say they have arrested a driver who ran over a man at a homeless encampment in the city overnight.

The incident occurred just after midnight on the Rail Trail near Baillie Avenue, according to a news release from Kelowna RCMP. Officers were told a man had been run over by a truck.

When they arrived at the scene, officers arrested the driver of a black Dodge Ram with an Alberta licence plate, police said.

The victim received aid from bystanders, the Kelowna Fire Department and B.C. Emergency Health Services, police said, adding that he was taken to hospital for treatment of "significant injuries."

“The investigation is still ongoing but it appears that alcohol was a factor," said Insp. Beth McAndie in the release.

"In order to have a fulsome understanding of what occurred and why, a traffic analyst and officers from the General Investigation Section are engaged in the investigation."

According to Castanet News, the driver ran over a tent, injuring the victim, who was inside at the time.

Police repeatedly referred to the crash as an "accident" in their release. They did not say whether the driver remained in custody, nor whether they anticipated recommending charges.

CTV News has reached out to Kelowna RCMP for more information. This story will be updated if a response is received.

“The area near the accident was populated by several individuals living in temporary shelters and tents," said Cpl. Judith Bertrand, media relations officer for Kelowna RCMP, in the release.

"We are grateful that no one else was injured. We are asking anyone who witnessed the accident to contact the Kelowna RCMP."

Four men are facing dozens of charges after a years-long drug-trafficking investigation that police say disrupted the expansion of the Hells Angels motorcycle gang on Vancouver Island.

Poland's culture authorities said Thursday a painting by Wassily Kandinsky that was auctioned in Germany for almost 390,000 euros belongs to Poland, where it was stolen in 1984.