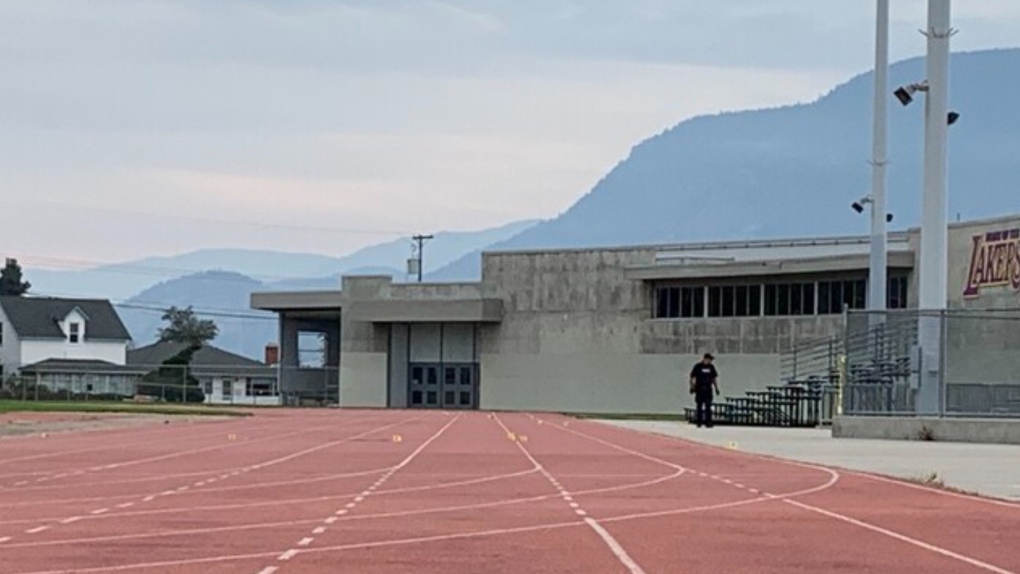 Mounties in Penticton are investigating after a young man was found dead outside a school in the city Sunday morning. (Castanet.net)
Vancouver -

Mounties in Penticton are investigating after a young man was found dead outside a school in the city Sunday morning.

Officers were called to Penticton Secondary School on Eckhardt Avenue just before 6 a.m. The call came from BC Emergency Health Services, who were responding to a report of an unresponsive person in a field at the school, according to a news release from Penticton RCMP.

When police arrived, they found paramedics tending to a young man who was suffering from "critical injuries." He was taken to a local hospital, where he was pronounced dead.

Investigators have taped off the area and were expected to remain there for the rest of the day Sunday, police said.

“Our priority now is to identify this young man and speak with his family,” said Supt. Brian Hunter, officer in charge of the Penticton RCMP, in the release.

“We are asking anyone who has information about this incident or can assist in identifying this young man to contact us.”

Police are also asking those who have information to avoid sharing it on social media, saying they hope to gather "untainted, first-hand information" from witnesses to assist in their investigation.

Mounties did not share the age of the young man whose body was found or specify the nature of his injuries.

A missionary group including 16 Americans and one Canadian were kidnapped in Haiti on Saturday while on a trip to an orphanage, the Ohio-based Christian Aid Ministries group said on Sunday.

Celebrities joined Prince William in London on Sunday for the inaugural awards ceremony of his Earthshot Prize, an ambitious environmental program aimed at finding new ideas and technologies around the world to tackle climate change and Earth's most pressing challenges.

A Newcastle United and Tottenham soccer match was temporarily suspended, after players noticed a collapsed fan in the stands and flagged down medical staff to bring out a defibrillator.

Former U.S. president Bill Clinton was released Sunday from the Southern California hospital where he had been treated for an infection.

Lamborghini wrecked and abandoned in the middle of Montreal boulevard

Police are investigating after a Lamborghini wound up smashed and abandoned in the middle of a Montreal boulevard.