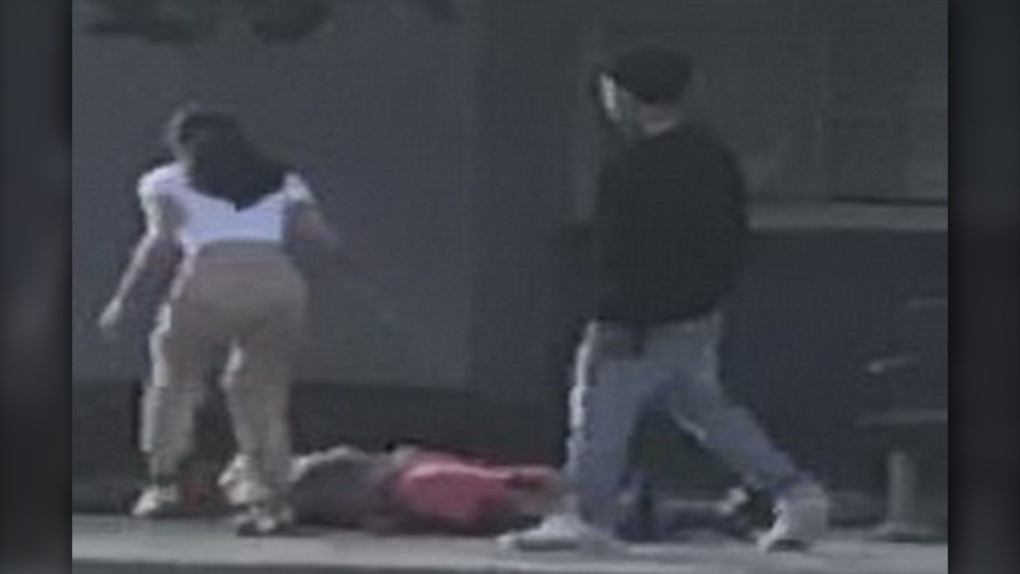 A woman is seen rushing to help a teenager with autism who was allegedly punched in the face in Richmond, B.C., while a suspect walks away from the scene, on Friday. Aug. 21, 2020. (Handout)

VANCOUVER -- A young man has been charged nearly a year after an assault on a teenager in Richmond, B.C.

Mounties in the Metro Vancouver city announced Thursday that Dominic Rallon Jao has been charged with assault with bodily harm.

Jao, 21, is a resident of Ontario, the RCMP said in a news release.

It was reported that a teen with autism was playing basketball with a group of people in Richmond when he was assaulted.

The alleged assault was reported to police by two witnesses, but by the time the officers reached the scene, the victim was gone.

He was located in a nearby hospital with significant injuries.

About a week after the assault, which police called "unprovoked," the victim's family spoke to CTV News about the violent attack on the 18-year-old.

His friends, according to the family, explained that the teen has a developmental disability, and encouraged the attacker to let it go.

Instead, the teen was left with a badly split lip that needed stitches, lacerations and abrasions on his neck and arms, and a concussion.

The family said the teen left the scene of the attack and made his way home, where they found him disoriented, covered in blood and unable to explain what happened.

His parents took him to hospital, where he was later located by Mounties. It was police who explained to the victim's parents what had happened.

"Speaking to the victim's father it's evident the profound impact this incident has had on their family," Richmond RCMP Cpl. Adriana O'Malley said in a statement Thursday.

"This was felt by our investigators who worked tirelessly throughout this investigation to support and, in the words of the victim's father, 'create a mental comfort zone' for his son."

Back in August, police told CTV News they'd identified a suspect, but that charges had not been laid as they appealed for more witnesses to come forward.

The allegation against Jao has not been proven in court.