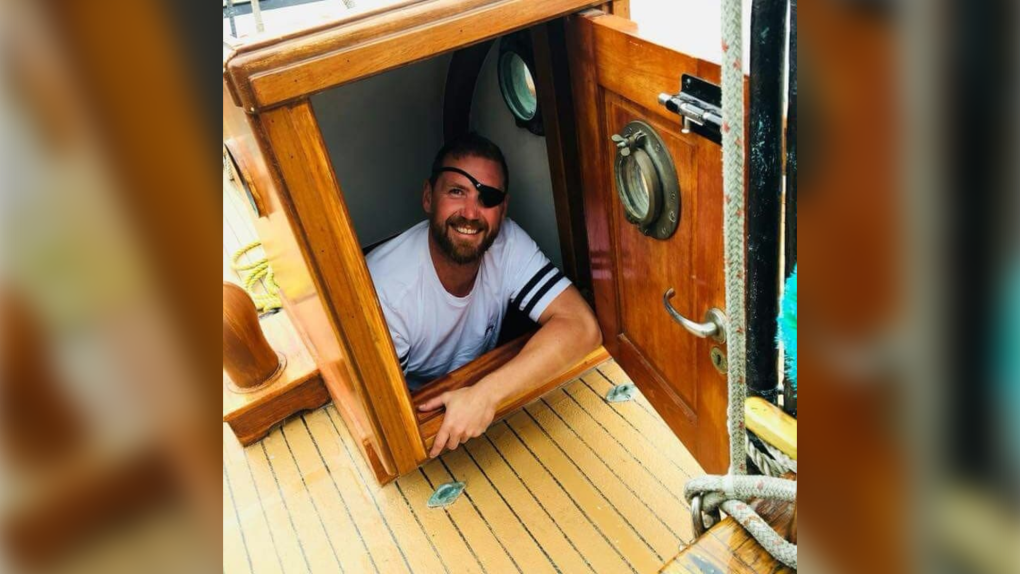 The District of North Vancouver is considering changing the rules about anchoring in Deep Cove, a potentially expensive move that could discourage people living on their boats from staying in the cove long-term.

The district could set up a Designated Anchorage Area in response to some residents’ concerns about vessels anchored in the cove. David Stuart, chief administrative officer for the DNV, says he's heard worries about boats breaking free of their mooring and colliding with other boats or docks; competition with paddlers for space in the congested cove and objections from waterfront residents about the aesthetics.

"Deep Cove is a very busy bay with lots of competing interests," Stuart said. "There are private properties with boats and docks, a park with beach users, a private marina and a yacht club and a very active kayak club."

The waters in Deep Cove are a federal responsibility, and boats can drop anchor and stay there indefinitely under current rules. Setting up a DAA would allow the municipality to control the cove, but the district would also have to pay for administrative and enforcement costs. It would likely cost $100,000 to set up, according to a report to council Stuart authored.

Stuart explored the idea of installing several moorage buoys and allowing four to six boats to stay there time. Boaters would have to pay a fee (Port Moody's fee is $12 per night) and the amount of time they could stay would be limited (perhaps two or three nights in a month).

This year, the number of boats anchored in the cove has fluctuated between six and 19 vessels, Stuart said. The DAA would allow the municipality to reduce that number, although enforcement would be tricky since the district doesn't have its own boat.

Cody Van't Hullenaar and wife Krissa Ballantyne have lived on their sailboat in Deep Cove since June 2018. It's called Svale, the Norwegian word for swallow, and comfortably sleeps six. Ballantyne had two daughters, and Cody had one when they got together; now, the couple has had a fourth daughter, and decided to "Brady Bunch it," as Van't Hullenaar put it, on the boat, while the girls attend school in Deep Cove.

Van't Hullenaar is a commercial diver and fisherman, and Ballantyne works on a salmon packing ship and is a 15-ton skipper. Van't Hullenaar describes the pair as "lifelong mariners."

"It's always been a dream of mine," Van't Hullenaar said of living on the water. "Looking out my porthole and seeing the view of city, or view of mountains, that inspires you and wakes you up in the morning."

Legally, the DAA would mean he'd have to move the boat elsewhere, likely further from shore, or rent a home on land. He doesn't want to do either of those things.

"Almost everyone that lives in the Cove that we have met has welcomed us with open arms," he said. "It's a really small group that opposes us."

Van't Hullenaar added their skiff was vandalized recently. Someone smeared dog feces on it, and another time someone wrote "leave" in white letters on the Svale.

Bill Sassaman with the B.C. Nautical Residents Association said it's getting harder to live aboard your boat along the province's coast. There's a shortage of moorage "everywhere," he said, including at government docks.

"Anchoring's been a right we've had forever," he said, adding live-aboard boaters need to "unite and work with these different communities as to what their problem is and see how we can make it work."

The City of Vancouver and the City of Port Moody have taken responsibility for anchorage in False Creek and the Burrard Inlet. Boats wishing to anchor there need a permit if they stay overnight.

If Deep Cove sets up a DAA, it would need to do so in tandem with neighbouring municipalities Belcarra and Port Moody, so boats can't move over to avoid paying.

But Stuart noted the nominal fees for an overnight stay in the DAA likely won't generate enough revenue to pay for the cost of the initiative. Setting up a DAA could also be risky because then the municipality would assume the cost of cleaning up derelict or abandoned boats left in the cove. It can cost between $10,000 and $30,000 to dispose of a derelict boat, according to Stuart's report.

There have also been reports residents are concerned about boaters dumping their sewage tanks in the cove. Stuart has floated the idea of building a sewage pump-out station for boats in Deep Cove, since no public ones exist east of the Second Narrows Bridge. But there's also concern building a pump-out station could draw even more nautical traffic.

What's more, water test results show there's been no decrease in water quality while the long-term boats have been there. Stuart said E. coli counts tend to spike after a large rainfall, which suggests contaminants enter the cove from runoff water.

"It's unlikely a Designated Anchorage Area and a reduction of the boats is going to have a significant impact (on water quality)," Stuart said.

The municipality has held several information sessions with residents in Deep Cove, and Stuart said council will vote on the DAA idea as early as November. If council approves the DAA, public consultation could occur this winter and it could be established by summer 2020.