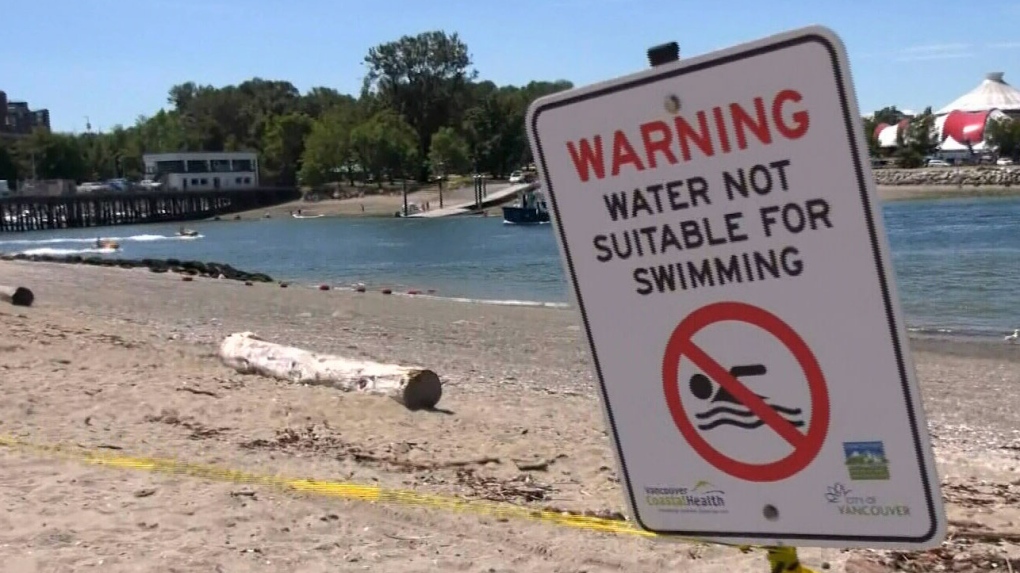 A sign posted at a Vancouver beach during an E. coli warning.

Two beachfronts have been closed by local health authorities for swimming, after high levels of bacteria were measured in the water.

On Thursday, Vancouver Coastal Health announced that Deep Cove Beach was closed to swimming due high levels of E. coli in the water.

A little ways out of Vancouver, Fraser Health has also warned the public that the west side of Harrison Lake Lagoon is also unsafe for swimming.

High levels of E. coli in the water increase swimmers' risk of gastrointestinal illness as well as skin and eye infections.

Earlier in the summer, Trout Lake, Kitsilano Beach, Ambleside Beach and Sunset Beach all had temporary closures from high levels of the bacteria.

More information about water quality monitoring in Metro Vancouver can be found on the VCH website or on the Fraser Health website.