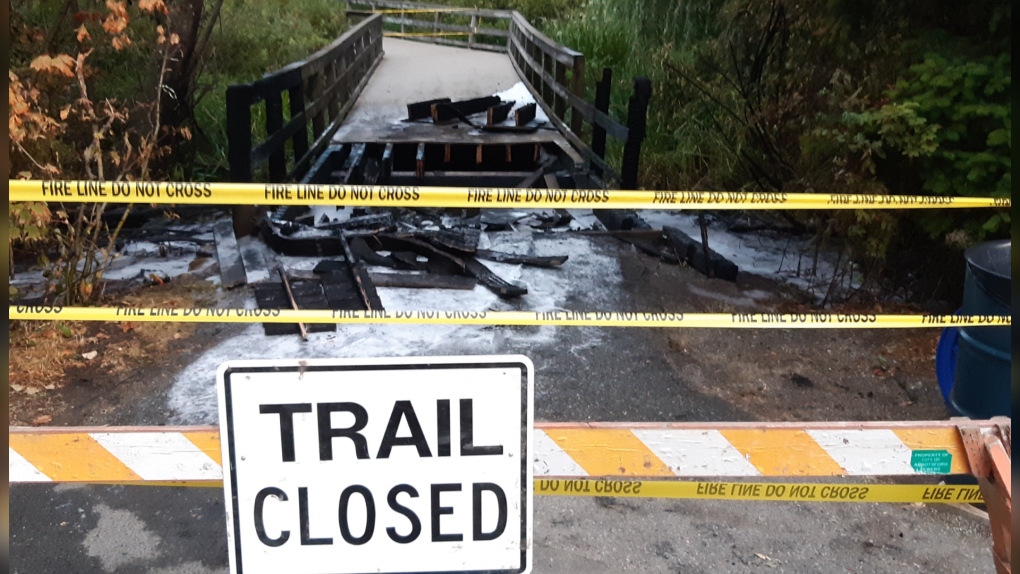 Police are investigating a suspicious fire that burned a section of the boardwalk bridge at Mill Lake Park in Abbotsford early Saturday morning.

Crews were called to the scene just after 4 a.m., according to a news release from the Abbotsford Police Department.

Abbotsford Fire Rescue Services extinguished the fire before it could spread further, but the blaze burned through a section of the boardwalk, police said. As a result, the structure is no longer safe for park patrons to use.

Police said they believe the fire started shortly before 4 a.m. They're asking anyone who has information or video of the area to contact them at 604-859-5225. Tips can also be texted to Abbotsford police at 22973.

"We are experiencing unprecedented dry conditions," police said in their release. "Please be responsible and abide by all fire bans and restrictions."

Anti-vaxxers in Quebec could be fined $10,000 for protesting near schools, hospitals

Anti-vax protesters who picket outside hospitals, schools, daycares or COVID-19 test and vaccine sites could face a heavy fine, according to a bill tabled Thursday by the Quebec government.

Scientists in the U.K. are developing a 'potentially significant' treatment for COVID-19 that could be administered to patients in the form of a nasal spray, thanks to the tiny antibodies produced by a llama.