'Large snake' found under bush outside B.C. home believed to be someone's pet

'Large snake' found under bush outside B.C. home believed to be someone's pet 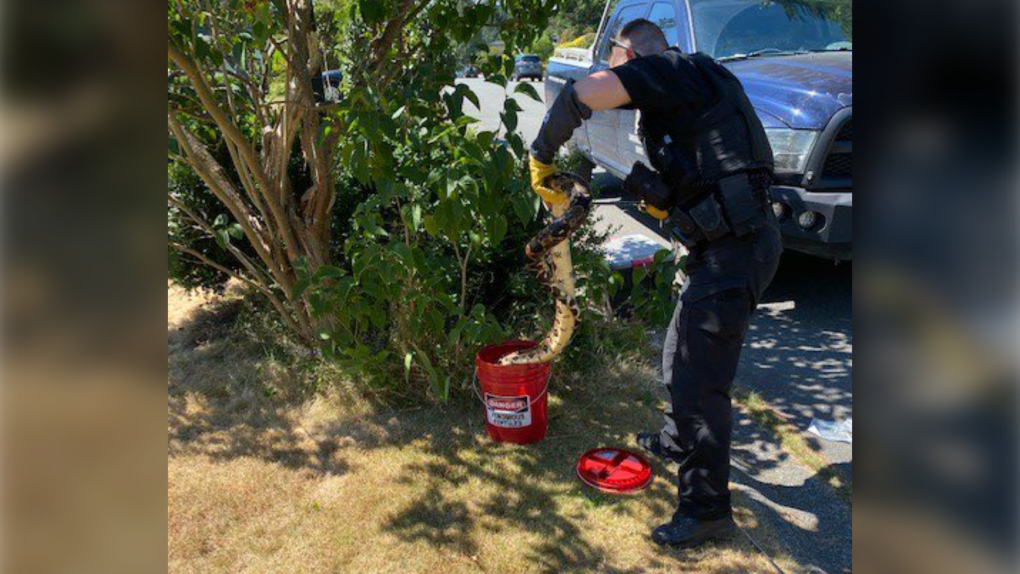 Conservation officers say they were called about a large snake. (BCCOS/Twitter)

A massive snake that was found under a bush outside a B.C. home has been taken to a local rescue centre.

The B.C. Conservation Officer Service said in a social media post Monday that it received a tip about a "large snake" that was in a residential yard.

When conservation officers got to the home, they captured the snake and took it to a rescue centre in Surrey.

It was identified as a boa constrictor and is likely a pet, the BCCOS said. B.C.'s Environment Ministry confirmed the snake was captured a few weeks. ago.

Even the Vancouver Police Department shared information about the missing snake, saying it was believed to be docile. It was found later that same day in a small opening in the owner's apartment.

CTV News Vancouver has reached out to BCCOS for more information about the recent snake discovery.

Rent support, dental cheques would be 'eviscerated' by inflation: Conservatives

Liberal payments for dental care and rental housing will only add to inflation, without providing relief from the rising cost of living, Conservative MPs argued in the House of Commons on Monday.