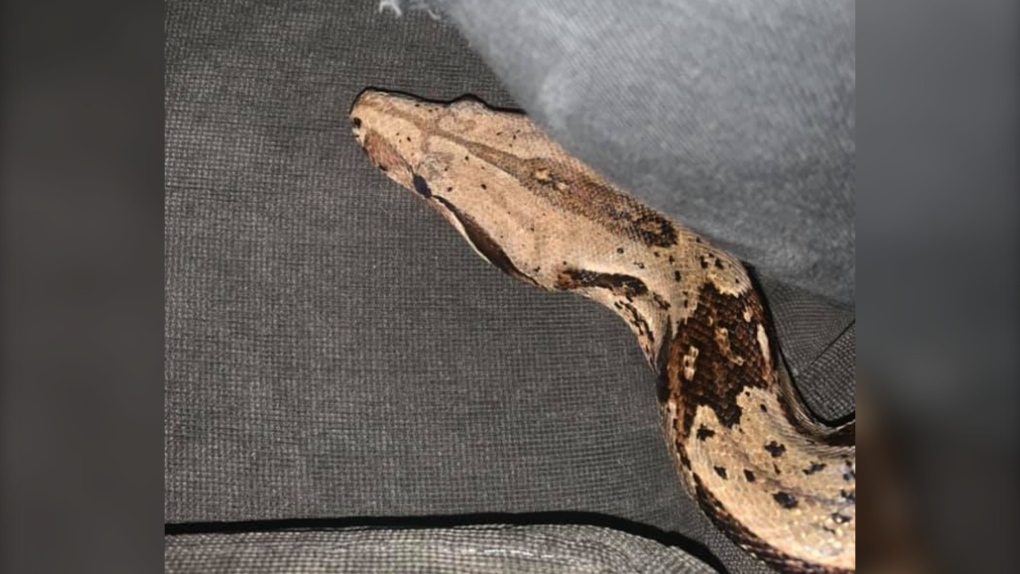 The owner of a boa constrictor is apologizing for the panic that ensued after she noticed her snake missing from her home.

Vancouver resident Jessica Billings posted on social media on Thursday that her “incredibly friendly” snake had gone missing from its enclosure in an apartment building at Granville and 14th Avenue and was likely “hiding somewhere warm and dark.”

Billings described her pet as “a seven-to-eight-foot-long Colombian Boa snake named Cody.” She posted on Friday that Cody had been found “in a small opening, in her apartment, where there used to be a fireplace.”

But not before the Vancouver Police Department and people on social media tried to help.

The department’s Twitter post about the missing snake was retweeted nearly 400 times and quote-tweeted almost as much, as users expressed horror, confusion and amusement at the news.

Some also offered advice. One post suggested that Billings look in her dishwasher. The poster said her son’s ball python likes to hide “in between the top of the dishwasher and the counter or in heating vents.”

On Friday, Billings thanked people for the shares and tips on social media and apologized. “Sorry to cause any fear, but so glad Cody is safe and sound,” read the post.

Vancouver police confirmed that Billings’ snake was the same one they had posted about in a statement to CTV News.

“We understand from social media posts, the snake has been found safe and sound,” police said.

The World Cup action in Qatar continued with Tunisia, Australia, Poland, Saudi Arabia, France, Denmark, Mexico, and Argentina all playing. CTVNews.ca takes a look at everything you need to know from Day 7 of the tournament.

Fleeing shelling, civilians on Saturday streamed out of the southern Ukrainian city whose recapture they had celebrated just weeks earlier as the country remembered a Stalin-era famine and sought to ensure that Russia's war in Ukraine doesn't deprive others worldwide of its vital food exports.

Canada is importing more children’s medication amid an unprecedented surge in demand, but the head of the Ontario Pharmacists’ Association warns that the supply will still need to be rationed if it’s going to last.