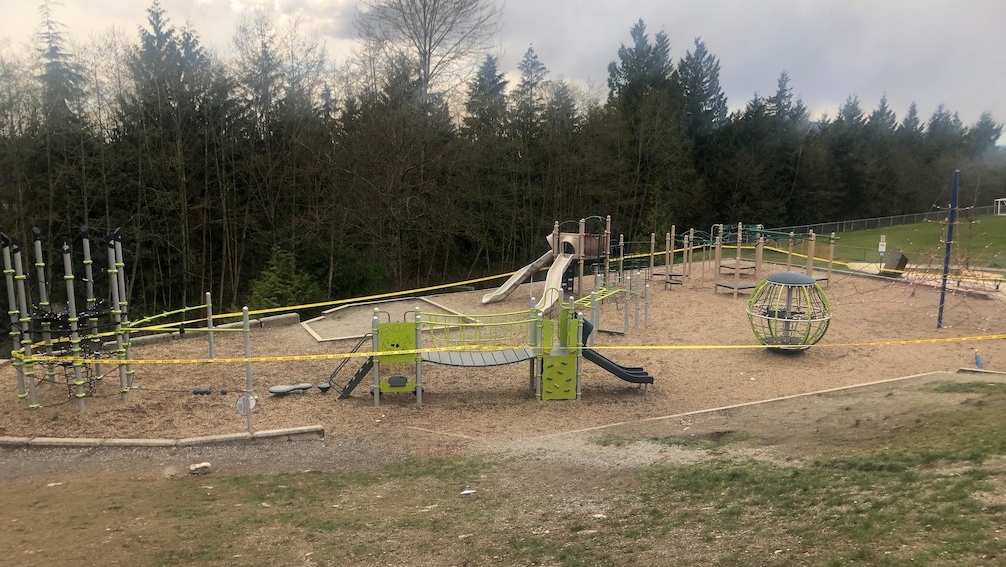 The playground at Aspenwood Elementary School in Port Moody, B.C., is seen behind caution tape in an image provided by police.

Authorities are investigating after someone smeared a "suspicious substance" – possibly hot sauce – on an elementary school playground in Port Moody.

Police, firefighters and paramedics were called to Aspenwood Elementary on Thursday after receiving reports that children were exposed to an unknown substance.

The Port Moody Police Department said the substance was smeared on high-touch surfaces of the playground, which resulted in seven children suffering "minor injuries" after getting it in their eyes.

"This incident appears to be a deliberate act, and we are actively investigating the matter to determine who is responsible," Const. Sam Zacharias said in a news release.

Several of the children went home with their parents, while the others remained at school.

Authorities asked anyone who witnessed suspicious behaviour on the school grounds Friday, or has any other information on the incident, to call police.