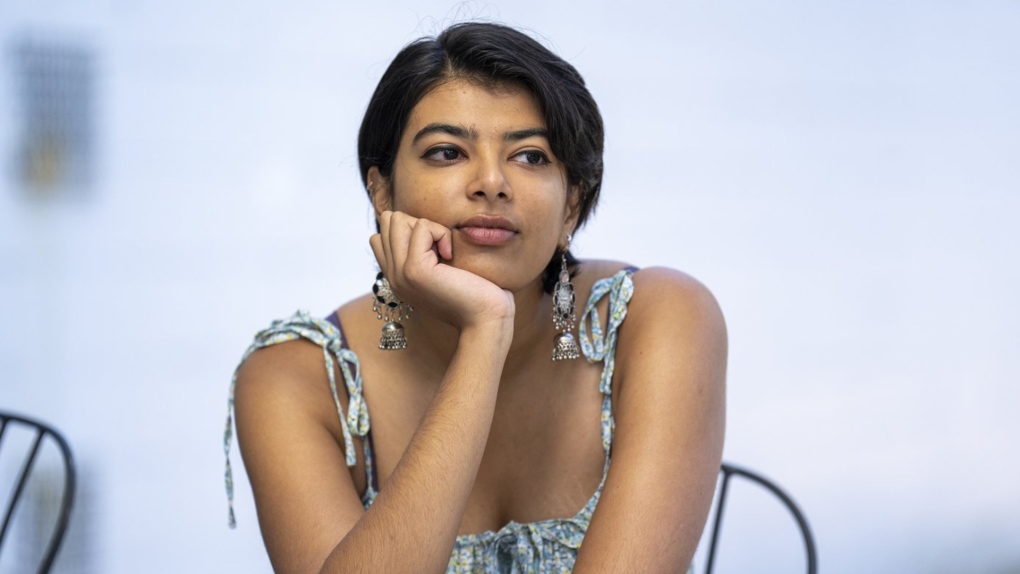 Laughter lights up the gathering twilight at Langara College in Vancouver, where first-year health science student Jagiit Singh is chatting with friends next to the school's fountain.

But his smile fades when he's asked about the cost of living in Canada since moving from India last year.

Singh and his classmates say the growing financial stresses on international students cast a shadow over the new school year's possibilities and opportunities.

“Some people think we come here having a luxurious life, but it's not true,” said Singh, adding that many of his friends' parents have spent their life savings on their children's education.

Singh said rising rent and food costs, combined with being far from home and loved ones, push many international students toward a breaking point.

Students and social advocates say international students face a particularly high burden from soaring inflation because of a series of exacerbating factors - fixed budgets, rules that limit how much paid work they can do, and exchange rate woes.

One Vancouver food bank said that three-quarters of the students on its books were from overseas.

Tuition fees, meanwhile, are up about eight per cent in 2022-23, rising to an average of $36,123 annually for an international undergraduate student. That's slightly higher than the seven per cent inflation rate in August.

Kashish Hukku Jani, 22, a fourth-year communication design student at the Emily Carr University of Art and Design, said her living costs were high from the start. Now they have soared.

“I remember my tuition back in my first year was very high. But now, with the years progressing, it went even higher. And renting in Vancouver is skyrocketing; everything here is getting really, really high,” said Jani, who hails from Gujarat in western India.

“The biggest concern for us is how we aren't able to focus much on our studies because we are worrying so much about other things, like how much money we need for groceries, how much we need for rent.”

Her family's income became unstable during the COVID-19 pandemic, Jani said, forcing them to dig into savings to pay for her tuition of around $9,000 per semester.

Jani said she had had a part-time job but working-hour limits meant she couldn't keep up with the rising costs. International students who work more than 20 hours per week during school terms risk deportation.

Now Jani has had to give up her part-time work to focus on her graduation project.

International students' financial concerns were always “running at the back of our heads,” said Jani, making it difficult to concentrate on their studies.

Many foreign students have turned to food banks to survive.

In the year leading up to June, the Greater Vancouver Food Bank registered 7,725 new clients, including 1,844 students, according to chief operating officer Cynthia Boulter. The vast majority of those, 1,377, were international students.

Boulter said the 20-hour work limit was a common reason for foreign students to seek help.

“One of the students I met two weeks ago was a pharmacist in Mexico, but because Canada doesn't recognize that degree, she is going to University Canada West and getting a master's in a business field. And she is struggling with the 20-hour week work limit, as most international students are,” said Boulter.

“So if she could work more, or if we recognized her degree in some way, she probably wouldn't be sitting in front of me registering for a food bank.”

Boulter said international exchange rates between Canada and other countries has placed more international students in a “more difficult situation.”

For instance, Canadian dollar had risen by about 25 per cent compared to the Indian rupee in five years, although it has dropped about five per cent since late August.

India is by far the biggest source country for foreign students in Canada, making up 39 per cent of this year's 232,665 admissions so far, according to the Immigration Department.

“So it might look like in Chile, you have a lot of money, but when you convert it to Canadian money, it seems to be much less than they thought,” said Boulter.

“There was a student from Ukraine who was finding the cost of living here and the exchange rate to be so difficult, and she has burned through her savings much more quickly than she anticipated â€¦ with the changes in the dollar, with inflation and interest rates, people's savings aren't lasting as long as they thought, so they're quite relieved to find us because their money is running out.”

Boulter said the food bank was working with colleges and universities to ensure students know how to get its help.

She worried that international students risked their health and academic performance in the long run.

In 2021, there were 184,350 international students in B.C., according to the Ministry of Advanced Education and Skills Training.

The ministry said in a written statement that the 20-hour work limit on international students was set by federal authorities.

“It's our understanding that this is consistent with other jurisdictions, including the U.K. and New Zealand,” the statement said.

“The federal government has said that the intent of their policy is to recognize that the student's priority is primarily to study, and working is a secondary activity.”

Rahil Adeli is an organizer and co-founder of Simon Fraser University's Migrant Students United, a group of former and current international students who seek fair rules and equal rights for all migrants.

Adeli said it was “annoying and frustrating” to see international students treated as “cash cows” by some, and as a burden on Canada by others.

In 2020, international students brought an estimated $22.7 billion into Canada's economy and supported 192,498 jobs, according to a government report shared by Global Affairs Canada.

“A lot of our students think that there'll be lots of support for them or that it'll be easier when they come to the country â€¦ but when we come here, we don't feel that way,” said Kua.

“We feel very dehumanized because of all these different issues that we only find out when we arrive here. And by that time, it's too late.”

“I'm almost graduating,” she said cheerfully, at a Vancouver coffee shop. “Hopefully, after graduation, things will be more stable.”

This report by The Canadian Press was first published on Oct. 2, 2022.

This story was produced with the financial assistance of the Meta and Canadian Press News Fellowship.