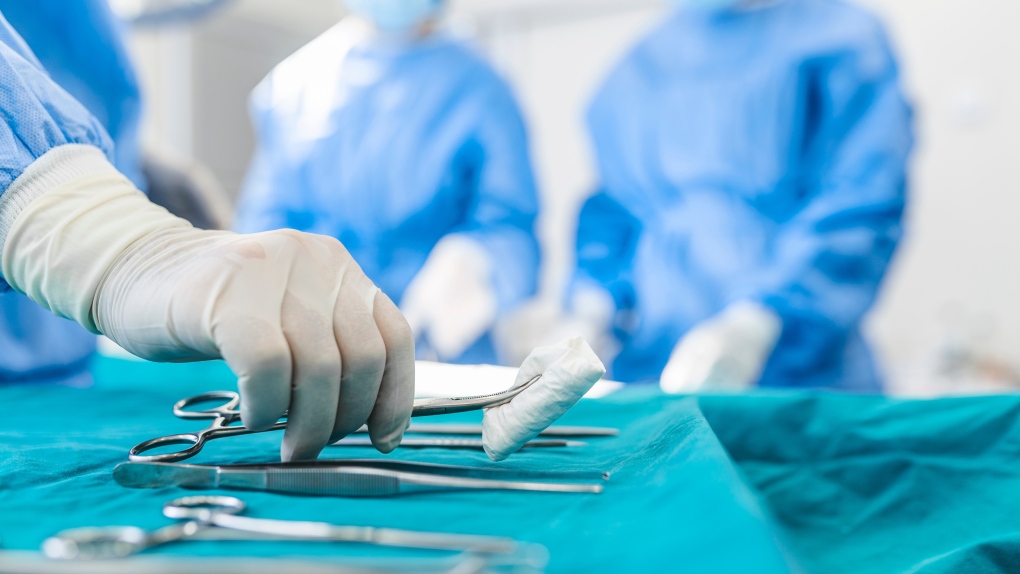 A Quebec man who fell and broke his jaw, cheekbone and a bone around his left eye while visiting British Columbia says his surgery was cancelled after he was told his home province “won't pay” for the procedure.

Patrick Belanger, 23, said his experience is a warning for residents of Quebec and all Canadians who take pride in a universal health-care system because doctors in other provinces could deny treatment to Quebecers by maintaining they won't be compensated.

Belanger's ordeal began when he and his girlfriend were walking along a trail in the resort town of Sun Peaks, B.C., on the evening of June 10. He tripped andstumbled backwards in the dark, hitting his face on a boulder.

He was taken by ambulance to Royal Inland Hospital in Kamloops just before midnight and was told he needed surgery for a “broken face.” But a surgeon was not available on Saturday, so he was discharged with a prescription for the opioid-containing drug Percocet to manage his pain, Belanger said.

The following morning, he and his girlfriend, Beth Cooper, returned to the hospital for surgery. But Belanger said that just as he was being prepared for the operating room, the surgeon cancelled the procedure.

“He said that the hospital would not let him do the surgery because I was from Quebec,” Belanger said, adding he'd presented his provincial health card when he arrived at Royal Inland.

“I was kind of in shock. As I thought about it more, I thought that doesn't make sense. Normally, you'd do the surgery and figure out billing afterwards, or at least I thought that's what was going to happen,” he said.

“I was pretty scared. I was still pretty out of it because I was in quite a bit of pain and on pain medications. And I was calling my parents trying to figure out what to do.”

Belanger said he offered to pay for the surgery through his family's private insurance, but the surgeon rejected that option, saying he first needed to speak with a hospital administrator who was not available on the weekend.

“When he told me that the surgery couldn't be done today, he suggested that I fly back to Quebec City to go get the surgery done,” Belanger said.

He was given a window of 10 days before his facial bones would start to fuse.

“We thought it was just completely absurd that I, with a broken face, was to take a commercial airline to go get a surgery done in my own country.”

Belanger's father and mother arrived in Kamloops later that week and tried unsuccessfully to speak with an administrator at the Interior Health authority about the best options for their son, Richard Belanger said.

“We were baffled about his basic rights as a Canadian,” he said, calling his son's experience a “nightmare.”

Richard Belanger said he went to the surgeon's private clinic to provide information on the family's insurance plan as well his credit card in case the surgery could be done there. But staff told him the serious facial fractures his son suffered meant the surgery had to be performed in a hospital, he added.

Four days of anguish since the surgery was cancelled had Belanger managing “excruciating pain” with prescription opioids and morphine before his case was passed on to another surgeon, he said.

“I would wake up in the middle of the night crying and screaming in pain.”

The second doctor said he needed quick intervention, and the surgery was done seven days after he fell, said Belanger, an economics student at Bishop's University in Sherbrooke, Que.

His family said they are still puzzled about why the original surgeon did not do the surgery.

Both Patrick and Richard Belanger say the end result was “discrimination” against a patient from Quebec, which pays hospital costs but does not participate in a reciprocal billing agreement for physician fees involving all other provinces and territories.

Doctors of BC, an association representing physicians, said an agreement allows its members to bill their own provincial Medical Services Plan for patients from outside the province and the plan is then reimbursed by the patients' home jurisdiction.

“The doctors get paid as if the patient is a B.C. resident,” it said in a written statement.

“When a Quebec resident needs medical care in B.C., doctors are not able to bill MSP for it and get paid,” the association said.

However, physicians providing services to Quebecers can either bill that province or bill the patient, who would seek reimbursement from their government.

The Health Department in Quebec said doctors elsewhere are paid at rates as if the patient received the same treatment in their home province. Patients must pay any difference in cost and could apply to have the money reimbursed through private insurance, if they have it, the department said in a written response.

The department recommended Quebecers get private insurance before travelling outside the province.

Richard Belanger said the family's private insurance company refused to pay any costs after the first surgeon wrote in his son's medical chart that he could return to Quebec and have the surgery there within 10 days.

The insurer had also initially refused to pay costs when an emergency room doctor noted possible intoxication in his son's chart, Belanger said. But that was later ruled out when the family asked why a test to determine the presence of any substances, including alcohol, was not done, he added.

He said in an email that he could not speak about any specific case but that “care is provided to all patients regardless of their province or country of origin on an emergency basis.”

Issues involving compensation for services would be best addressed through the B.C. and Quebec governments, Stefanuto added.

Dr. Bob Rishiraj, who ended up doing the operation, said he was not concerned about any “politics” surrounding billing, especially after learning the patient had been taking opioids and methadone for days, and a longer wait for surgery carried the risk of infection.

“It became very concerning for me that he was using a lot of morphine and his pain was not well controlled. If we don't do it, we have a problem of possibly having somebody with narcotics abuse potential down the road,” he said.

“I think a patient is a patient and it doesn't matter if they're from Quebec or Ontario or wherever. I think they should just be treated,” Rishiraj said.

The risk of a patient who is billed not paying a physician is low, and cost did not appear to be an issue for Belanger's family, he said.

Interior Health did not respond to a request for an interview but said in an email that physicians are not employees of the health authority.

Ferris said the family paid Rishiraj $2,563 and will apply for reimbursement from Quebec.

The irony is that the family has used its private health insurance while travelling outside the country but did not expect they would have to rely on it in Canada, she said.

“It's mind-blowing to me, kind of shocking.”

British Columbia's Health Ministry did not respond to questions about patients from Quebec being denied surgery.

“We strongly encourage provincial and territorial governments to work together to ensure Canadians receive the care they need, when and where they need it, and the federal government to enforce the principles of the Canada Health Act uniformly across the country,” she said in a written statement.

Health Canada said the reciprocal billing agreements are administrative arrangements between provinces and territories to help facilitate the portability criterion of the act while people are temporarily away in another part of the country and need care.

“These agreements are voluntary and not a requirement of the Canada Health Act,” it said in a written response.

Belanger, who had trouble speaking because his jaw was wired shut for six weeks following surgery, said the emotional toll he has suffered is “incalculable,” on top of the physical pain, which still includes migraines.

Damien Contandriopoulos, a University of Victoria nursing professor and health policy researcher, said that regardless of Quebec's billing scheme, the province pays, on average, higher physician rates than other jurisdictions for the same care, a reversal from its practice years ago.

It's common for thousands of patients from Quebec to get care from family doctors in Ontario border towns and for their province to reimburse the cost, he said, adding he is “shocked” that services would be denied to a patient based on billing issues.

However, doctors in British Columbia, where relatively few Quebecers get care, may be deterred from seeking information on rates paid by that province because they're listed on about 3,000 pages in some complicated categories, and in French, said Contandriopoulos, a former resident of Quebec.

In Belanger's case, the surgeon could have contacted his insurance company's 24-7 phone line to get information from a representative, rather than saying administrators were not available on the weekend, Contandriopoulos said.

This report by The Canadian Press was first published July 7, 2022.

Ontario Premier Doug Ford says through his throne speech that more can be done to ease health system pressures, but is not yet offering up any new solutions.

Tracking active wildfires around the world

opinion | Tom Mulcair: Why Pierre Poilievre's plan to work with provinces to reduce barriers is a good idea

The serious shortage of nurses and doctors has put the spotlight on a long overdue reform to the rules governing entrance requirements for foreign-trained professionals, says former NDP leader Tom Mulcair in an exclusive column for CTVNews.ca.

TripAdvisor ranks the best Canadian excursions, according to travellers

TripAdvisor has ranked the best excursions in Canada, according to travellers. The activities include driving an ATV through the wilderness of B.C., exploring snow-blanketed caves in Alberta, and whale-watching in Newfoundland and Labrador.