Here's where Apple will be mapping in B.C. this summer

Here's where Apple will be mapping in B.C. this summer 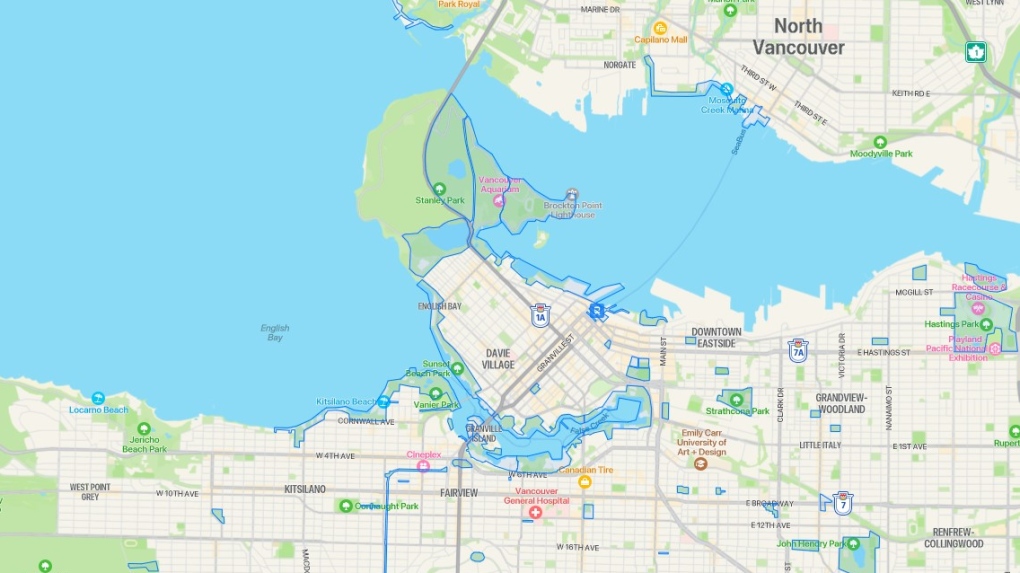 Teams from Apple Maps may be spotted in Metro Vancouver and other parts of British Columbia in the coming weeks as they chart areas using backpack kits and vehicles.

Starting Monday, Apple says crews will be travelling in the province over an eight-week period to build up its digital map and its "Look Around" feature.

"We are committed to protecting your privacy while conducting these surveys," a notice from Apple said.

"For example, we will censor faces and licence plates on images that are published in Look Around."

Some teams will be wearing "specialized backpacks," Apple said in its notice. The company provided a map of where pedestrian backpacks will be used in the coming weeks, highlighting parts of Vancouver like the seawall and Queen Elizabeth Park as well as Burnaby's Central and Deer Lake parks.

Drivers, meanwhile, will be out in the following regions:

Mapping will also be done in other provinces as well, highlighting cities like Toronto, Montreal, Calgary, Ottawa and Edmonton. So far, only vehicles – and not backpack cameras – will be used in those other locations.