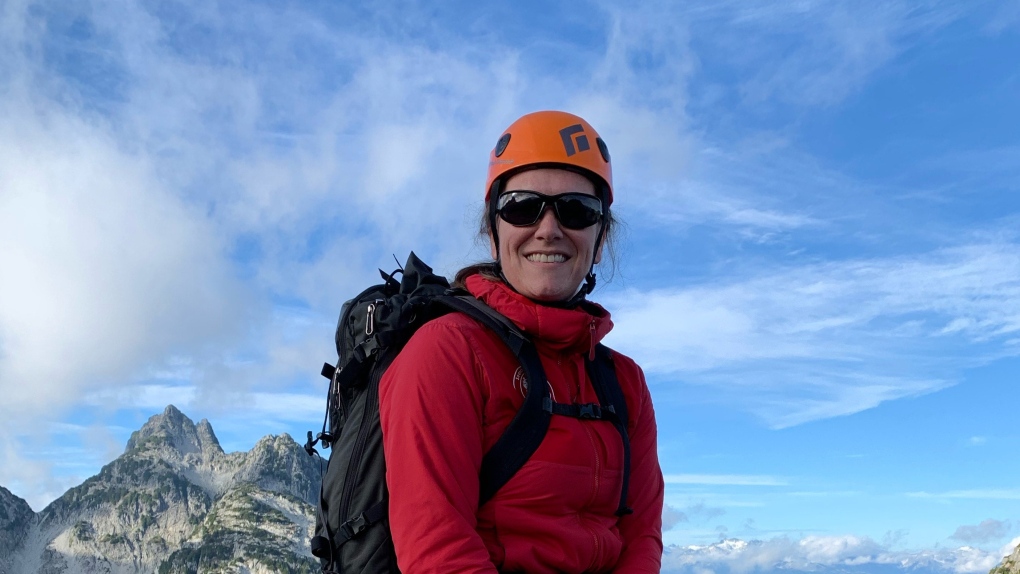 Helena Michelis, the new president of Coquitlam Search and Rescue, is seen here on a mountaintop. (Submittted)
Vancouver -

Coquitlam Search and Rescue will soon be recruiting new members, which is just one of the many priorities of newly elected president Helena Michelis.

Michelis, elected to the position last week, will be heading up the volunteer-run organization for the next three years.

“Search and rescue all over (the province) is seeing a huge influx of calls,” Michelis said.

In her professional life she works in building automation and controls, and has been volunteering with the organization for eight years. The 50-person team she is now managing is receiving twice as many search and rescue calls as it was two years ago, before the pandemic. And there are two big parks in its service area that will either be expanding or opening up in the coming years, B.C. Parks’ Pinecone Burke Provincial Park and Metro Vancouver’s Widgeon Marsh Regional Park.

“Pinecone Burke Provincial Park, I think they're really hitting the gas on their development plan, just because of the demand on the other parks around … (with) the growth of outdoor recreation,” she said.

“And then also, Metro Vancouver has got a development plan in place ... for the Widgeon Marsh Regional Park, which again is going to really open up a whole lot more backcountry, which hasn't been accessible in the past.”

But the increase in calls and the increase in backcountry access doesn’t mean the team will be growing. The recruitment process, the dates for which haven’t yet been finalized, will be necessary because several team members will soon be retiring.

To meet the growing demand of search and rescue calls, the organization will focus on more training for its existing members, procuring more equipment, and increasing the organization’s efficiencies. That, she said, means not sending more people than necessary to respond to calls.

“(Our neighbours at) North Shore Rescue (are) a great example where you know, if a call only needs two people they only send two people,” she said.

But an organization like Coquitlam Search and Rescue, which gets fewer calls, will sometimes send a couple more people than absolutely necessary, she said, in order to keep the volunteers engaged and their skills sharp.

“Us, we need to have that fine balance, we want to keep people engaged,” she said.

Michelis, a mother to a 19 and 20-year-old, is the first woman to head up the 50-year-old organization. And while she knows that it may be encouraging for other women working in search and rescue to see, it isn’t something she likes drawing attention to.

“I guess because I've always worked in a male-dominated field in my professional life, I don't really think about it too much,” she said.

“I don't really regard it as an issue or an advantage or anything like that. I have lots of support from the senior members.”

Earlier this year, the organization made a public call for help finding a storage space for a new search and rescue boat. Michelis says they’ve had a few offers, and they’re working on narrowing down their options. But she’s also dreaming of a larger, centralized space where everything can be stored together.

“Obviously the real estate climate in the Lower Mainland is not conducive to somebody just handing you, you know, three quarters of an acre and saying, ‘Go have fun," she said.

“As a non-profit, we're not capable of going out to the market to actually purchase a piece of land like that or a building so at this point we’re considering our options and putting out the feelers … that's like a long term goal for us in the next five to 10 years to have our own building that has enough space to house all this equipment, that we can train in freely without having to book spaces and, you know, put up our plaques and awards.”

From the deadly crushing of Beijing's 1989 pro-democracy protests to the suppression of Hong Kong's opposition four decades later, China's Communist Party has demonstrated a determination and ability to stay in power that is seemingly impervious to Western criticism and sanctions.