Helicopter was out of control, rotating in moments before crash on B.C. island: report

Helicopter was out of control, rotating in moments before crash on B.C. island: report 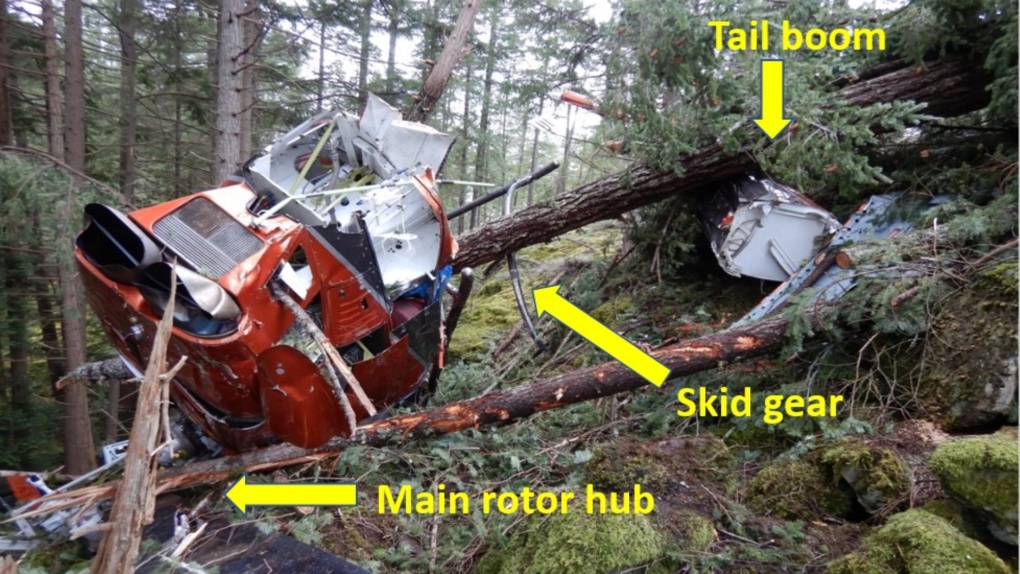 An image from the Transportation Safety Board shows a damaged helicopter following a crash on Bowen Island in March 2021.

Pilots of a helicopter flying over British Columbia's coastline suddenly lost control, then an engine shut down before the aircraft started to spin and crashed into a rocky ridge, a just-released report on the 2021 crash details.

The pilots, who'd been flying from the Sunshine Coast to Metro Vancouver on March 5 of last year, crashed on Bowen Island due to "environmental conditions," according to the Transportation Safety Board of Canada.

They'd been headed from Sechelt to Cypress Provincial Park in a Bell 212 helicopter when the aircraft "entered wind shear and experienced a sudden loss of control," the TSB wrote in its report, released Thursday morning.

The crew was able to regain control at that time, but then one of its engines shut down and the flight controls became "very hard to manipulate," investigators said.

The pilots knew they needed to land, and chose Bowen Island as the site for their emergency landing.

They started to descend, and at that point, the helicopter "began a rapid rotation to the right." The pilots couldn't correct the rotation, and after several turns, the helicopter crashed into the ground.

It came to rest on a rocky ridge on the island, the TSB said.

Both pilots survived, but were seriously hurt. The chopper was "substantially damaged." 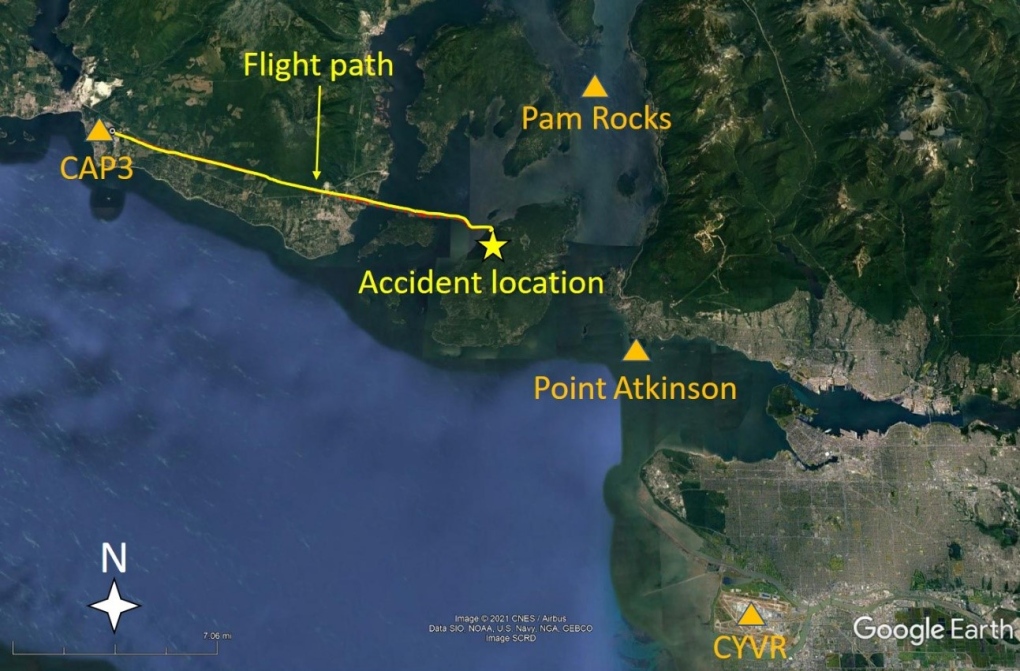 (Map from Transportation Safety Board)

At the same time, the TSB was tasked to figure out what happened.

Its investigation found that the conditions that day, in that area, were "conducive to severe mechanical turbulence, lee waves and low-level wind shear."

These conditions were noted both on the planned flight path and near Bowen Island.

The pilots knew about the forecast, but still went ahead, hoping the weather would improve as it was forecast to do.

They wanted to complete the flight, and saw other aircraft operating in Sechelt, where they took off from, so they took off anyway.

According to the TSB, the helicopter entered an area of "severe turbulence," and that's why the pilots lost control. It resulted in "excessive flapping of the main rotor blades," causing those blades to hit the tail rotor driveshaft. 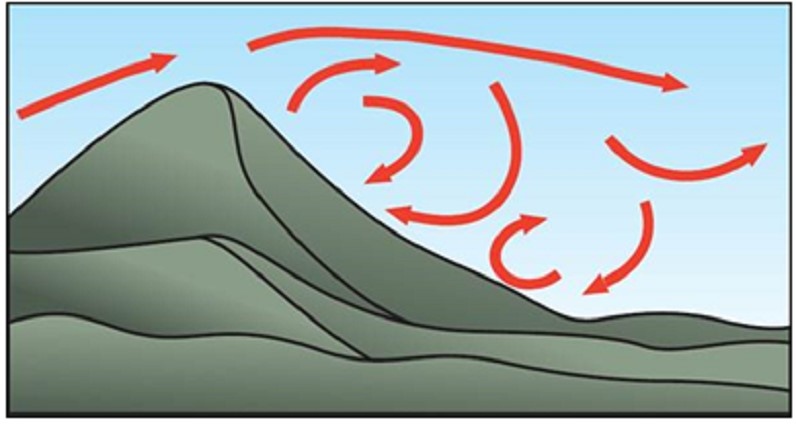 (Graphic from Transportation Safety Board)

"The helicopter’s extreme attitude during the initial loss of control likely caused the hydraulic system to malfunction, the number 2 engine to shut down in flight, and the number 1 engine to reduce fuel flow (resulting in less power), which subsequently reduced the main rotor speed," the TSB wrote in a news release.

The FBI searched Donald Trump's Mar-a-Lago estate as part of an investigation into whether he took classified records from the White House to his Florida residence, people familiar with the matter said Monday, a move that represents a dramatic and unprecedented escalation of law enforcement scrutiny of the U.S. former president.

Nagasaki paid tribute to the victims of the U.S. atomic bombing 77 years ago on Aug. 9, with the mayor saying Russia's war on Ukraine showed the world that another nuclear attack is not just a worry but 'a tangible and present crisis.'

Federal prosecutors in the United States have accused a Saskatoon woman of faking her own death and that of her son in what they describe as an elaborate scheme to illegally enter the country.