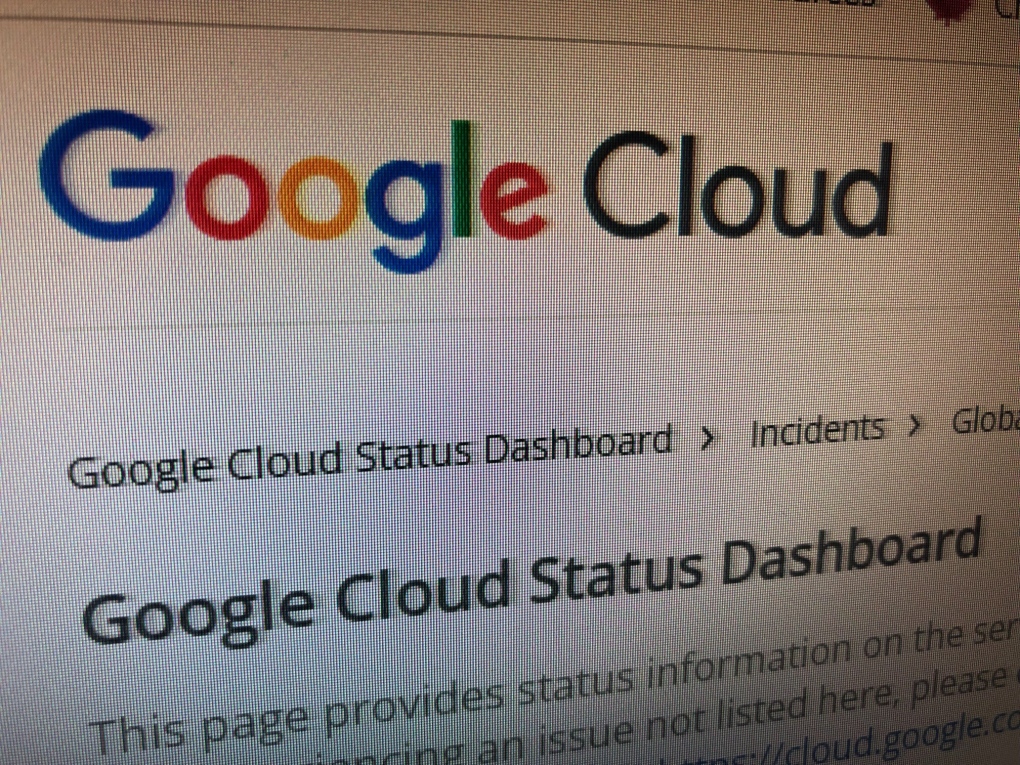 It's another outage and Google says it's over now. Around 10:10 a.m. PST, customers on many apps and internet services experienced an outage.

Google Canada spokesperson Molly Morgan emailed CTV New Vancouver stating, "Some of our customers experienced a service disruption due to an error with Google Cloud networking. The issue is now resolved. See our status dashboard for details.”

The issue was resolved about two hours after it started at 12:08 p.m. PST.

Google says it's service dashboard gives the most detailed and public information on the service disruption stating, "we will publish an analysis of this incident, once we have completed our internal investigation."

This is the second Google outage in less than a year.  A global system problem with Google Cloud on Dec. 14, 2020 affected several of the company's services. It was reported to be an issue with Google's automated storage quota management system that reduced the capacity of the authentication system.

With Files from CTV.ca