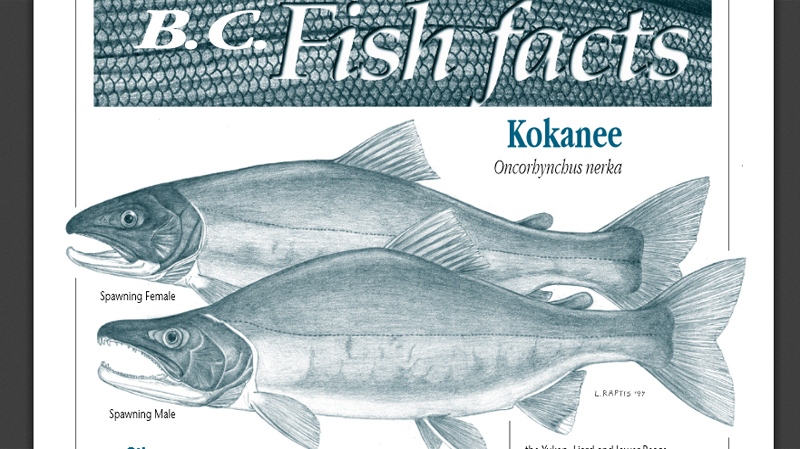 A Kokanee salmon handout produced by the B.C. Ministry of Environment.

NELSON, B.C. -- A fatal fish virus has been found in 80 per cent of Kokanee salmon breeding in a spawning channel near Kootenay Lake in the southern interior.

The virus (infectious hematopoietic necrosis virus, or IHNv) was found in a routine check of fish coming from Meadow Creek last fall and it appears to be isolated to Kootenay Lake.

Fisheries biologist Jeff Burrows with the Ministry of Forest Lands and Resource Operations says the virus appears to be spread by contact with other infected fish or feces but not from parent to offspring.

He says so far there is no explanation as to why the virus showed up at Meadow Creek, and it's believed to have been recently introduced since it has not shown up before.

Burrows says the ministry is trying to stop the spread of the virus by draining channels -- because drying kills the germs -- flushing the channels with more water to clean the gravel and removing any carcasses.

The illness does not affect humans or other mammals feeding on the fish.