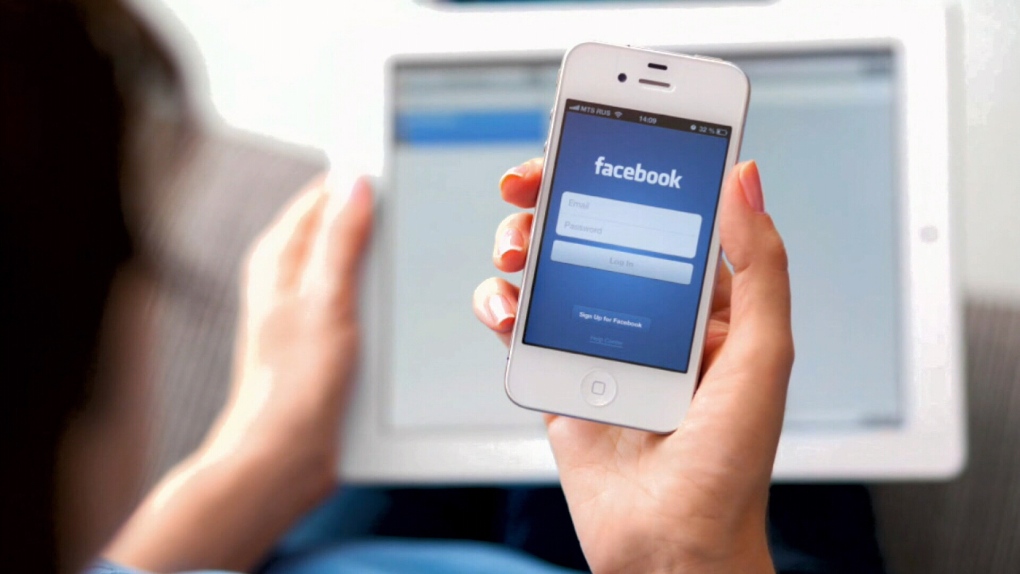 A B.C. man's lawsuit against Facebook – in which he is claiming $50 million in damages because the social media giant did not take down an "imposter page" – will be allowed to proceed, according to a court ruling.

The decision, posted online this week, followed a hearing in June in which Facebook argued the claim should be tossed out because it was "scandalous, frivolous or vexatious," Justice John J. Steeves wrote.

The claim was initially filed by Timothy Craig Durkin, a Vancouver Island resident, in 2020. In March of that year, a summary included in the decision says, Durkin was told that there was a Facebook account using his identity "without his knowledge or consent."

Because Durkin himself did not have an account on the platform, he asked friends and others to report the account online. Durkin, on the other hand, said he followed the process for non-Facebook users to report these types of accounts.

"On clicking the submit button, the Plaintiff received a pop-up window stating 'Your request couldn't be processed. There was a problem with this request. We are working on getting it fixed as soon as we can,'" the court documents say.

For the next three months, Durkin said, he tried this option to no avail. He also claims the Facebook users who reported the account received no reply.

On July 21, 2020, Durkin's claim says he couriered a letter to the company's managing director in Canada "describing the identity theft and requesting the imposter page be torn down from the social media network," the court heard. When the suit was filed the following month, no response had been received.

Durkin's claim argues that the company "acted recklessly, negligently and willfully" by permitting the "imposter account to be created without verifying the identity of the account holder and by allowing it to remain online despite requests that it be removed."

"The relief sought in the plaintiff’s claim includes aggravated and punitive damages in the amount of $50 million, the removal of the imposter page and disclosure of the identity of the person or persons responsible for the creation of the imposter page," Steeves wrote.

The defendants Meta Platforms Inc. (formerly Facebook Inc.) and Facebook Canada Ltd. have denied all of the claims and they have not been tested in court.

They applied to have the claim struck under Supreme Court Civil Rule 9-5, which allows the court to dismiss all or part of a claim on four grounds, including that the case has no prospect of succeeding and that the claim is an abuse of process.

Durkin argued that any issues with his claim were due to the fact that he is not a lawyer and is representing himself.

"I do not agree with the defendants that the claim discloses no reasonable claim, that it is unnecessary, scandalous, frivolous or vexatious, that it may prejudice, embarrass or delay the fair trial or hearing of the proceeding, or that it is otherwise is an abuse of the process of the Court," he wrote.

"The claim has its difficulties, for sure, but I am unable at this stage to conclude that it is bound to fail."

CLAIM MUST BE AMENDED

The judge did find issues with the lawsuit, specifically that the four elements required to claim negligence were not outlined and neither were the ways in which the company is alleged to have breached privacy legislation. Durkin will be allowed to amend his claim to include these elements.

"In my view, it is clear enough that the plaintiff says that the defendants acted negligently and contrary to privacy legislation when they used their platform to publish information in the plaintiff’s name and permitted someone else to open an account in his name, all without his authorization," the court heard.

"He says further that the defendants were negligent in failing to remove the imposter account for five months."

Durkin's case was reported on in the media and the company argued that the claim of $50 million was a "publicity stunt" and an abuse of process serious enough to warrant striking the claim.

Although Durkin explicitly used the phrase "to attract media attention" in one of his responses to the company, the judge was not persuaded that this was enough to prove the claim itself or the damages sought were "vexatious or an abuse of the court process."

Durkin also said that after his months-long effort to get the fake account taken down, the media exposure resulted in its removal "within minutes," the court heard.

Steeves' ruling pointed out that while Durkin does not have a lawyer in this case, "considerable qualification is required when describing him as self-represented in the sense of inexperienced," noting his involvement as a party in seven other lawsuits.

Facebook argued the way Durkin has conducted himself in other cases illustrated a pattern of "deliberate and wilful non-compliance with the rules and orders of this court," according to the ruling, which noted Durkin was found in one case to have been "evasive, combative, deliberately vague and frequently dishonest."

Steeves also said one case brought by Durkin was dismissed under Rule 9-5 and in another, a judge found that he swore a false affidavit.

"I am not sure the defendants’ submission goes this far, but I do not conclude that the plaintiff’s conduct in previous cases by itself means he is barred from proceeding with the subject claim," he wrote.

"In the event the plaintiff’s conduct as reflected in previous cases arises again, then it is open to the defendants to respond with the appropriate court applications."

Chess grandmaster Hans Niemann said he is 'not going to back down' as accusations of widespread cheating intensify. On Tuesday, an investigation by popular online platform Chess.com claimed Niemann "likely cheated" in more than 100 online matches.