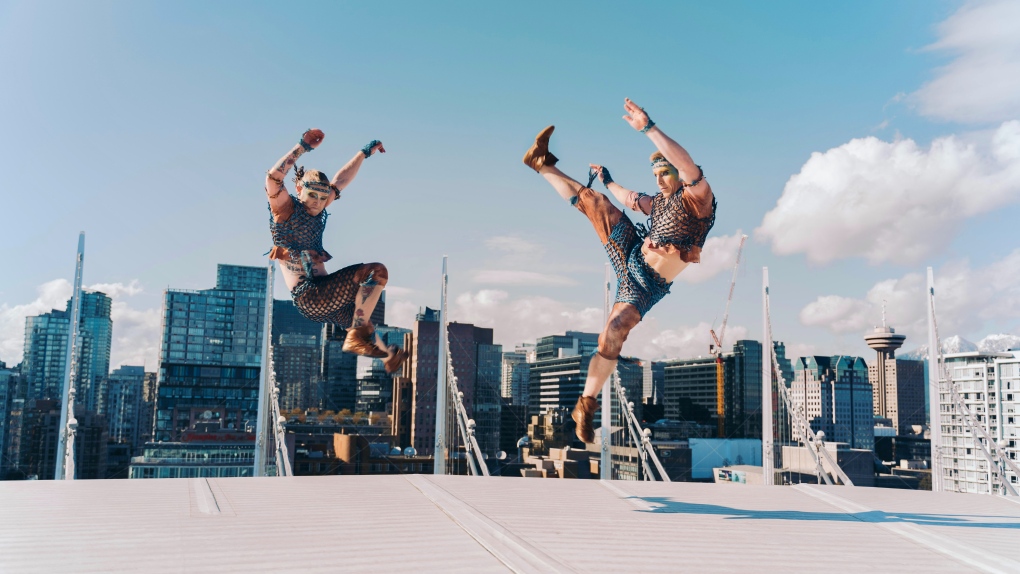 In what organizers call a "once-in-a-lifetime" performance, acrobats marked a return to normal with a sky-high celebration in Vancouver.

Performers with Cirque du Soleil's "Alegria" did an exclusive show on the roof of the BC Place stadium to celebrate the return of arts and entertainment events in the province.

In a news release, those behind the stunt said it was to mark the return of Cirque after a pandemic-prompted hiatus. Vancouver is the first city in the show's Canadian tour.

The event, which was captured on video by a drone operator and camera crew, featured acrobats being "tossed into the air, tumbling across the roof, bending their bodies into intricate positions and performing powerful choreography," the company said in a news release.

"All of this was set behind a 360-degree view of False Creek and downtown Vancouver featuring BC Place's iconic white-domed roof and the snow-capped mountains of the North Shore."

While audiences won't be able to watch the rooftop performance in person, "Alegria" is showing in the city until June 5.

The show tells the story of a kingdom without a king, and a power struggle between the "old order and a new movement yearning for hope and renewal."