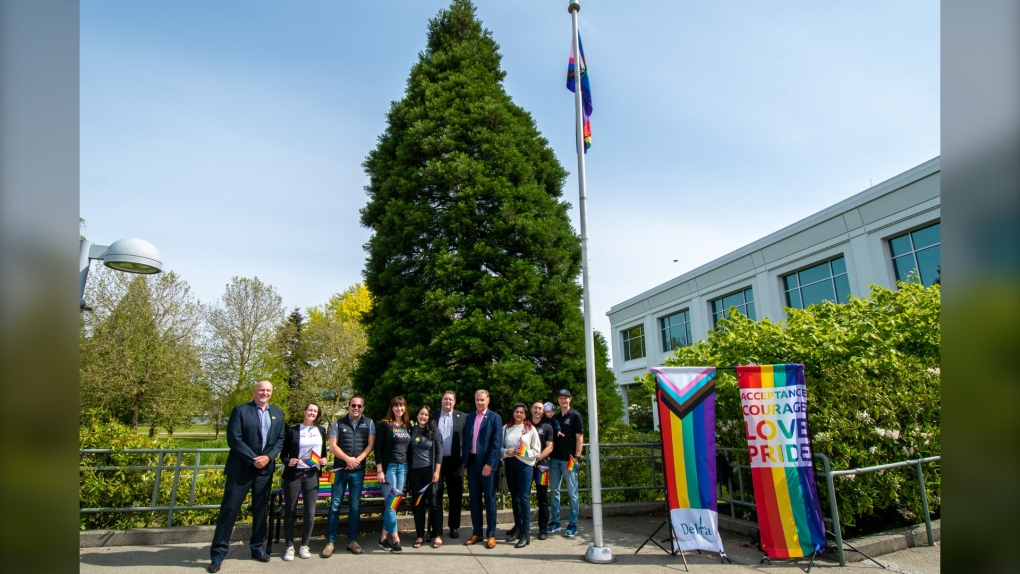 Police in Delta are investigating after the flagpole bearing the city's Progress Pride flag was apparently cut down by a vandal Wednesday morning.

“I am incredibly disturbed and disappointed by the actions of the vandal who tore down our Progress Pride flagpole in front of city hall earlier this morning," said Delta Mayor George V. Harvie in a statement.

"Hate has no place in our community and I will not tolerate it. Delta council and I stand firmer than ever with our LGBTQ2S+ community and are proud of the beautiful Pride rainbow banners that continue to stand strong all across Delta. Love will always win over hate.”

Delta Police Department Chief Neil Dubord echoed the mayor's sentiments in the statement, saying the department is "actively investigating" and will pursue charges.

"The Pride flag is more than a symbol for the LGBTQ2S+ community – it represents a desire for everyone to be treated equally, regardless of sexuality, race, gender identity, religion or any other label," Dubord said.

The Progress Pride flag was designed in 2018 by non-binary American artist Daniel Quasar. It adds five colours – brown, black, pink, light blue and white – to the common six-colour rainbow Pride flag in an arrow pointing right to show forward movement and illustrate that progress toward inclusivity still needs to be made.

The colours represent transgender and non-binary people and queer communities of colour, according to Quasar.

Delta raised its Pride flag on June 1. It was the fourth year city officials have held a ceremony to raise a Pride flag, and the first time the city used a Progress Pride flag in its ceremony.

The city also installed rainbow street banners across the city in consultation with the Delta Pride Society and the Mayor’s Task Force on Diversity, Inclusion, and Anti-Racism.