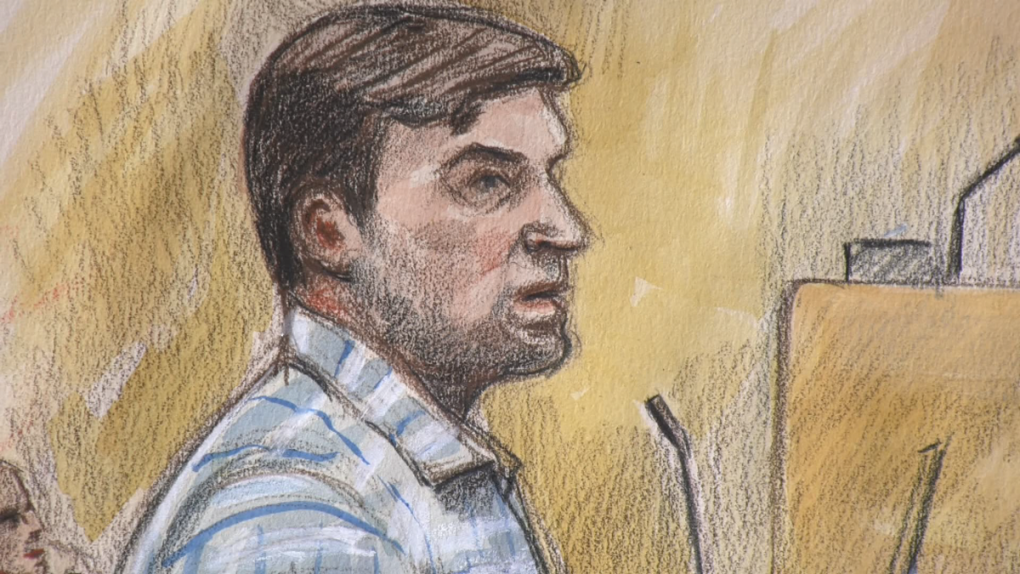 A B.C. man accused of killing his daughters was back on the stand following a lengthy cross-examination by the Crown, but only for about 30 minutes.

He was asked by his defence team to draw a map of the route he and the girls took to get to a golf course where he testified they went sledding Christmas morning, then the re-examination was over. The trial will resume Tuesday.

Andrew Berry has pleaded not guilty to the second-degree murders of his daughters. The bodies of four-year-old Aubrey and six-year-old Chloe were found in their beds on Christmas Day 2017.

Berry faced days of questioning by the prosecution, during which it was suggested that the Oak Bay man was suicidal and lost his temper, then killed his children.

He disagreed with all of prosecutor Patrick Weir's suggestions.

Berry previously testified that he owed money to a loan shark whose last name he did not know, and that he was attacked in his home after a day of sledding with the girls.

During the trial, the jury has heard from the girls' mother, as well as testimony about Berry's financial challenges. The court was also shown images of unopened Christmas gifts and a letter to Santa.

A graphic image showing the injuries Berry had when he was found naked in his bathtub Christmas Day was also made public this week, as was surveillance video of the father and daughters at a rec centre on Christmas Eve.

Follow along through tweets from CTV News Vancouver's Maria Weisgarber, and read back through previous coverage of the trial: