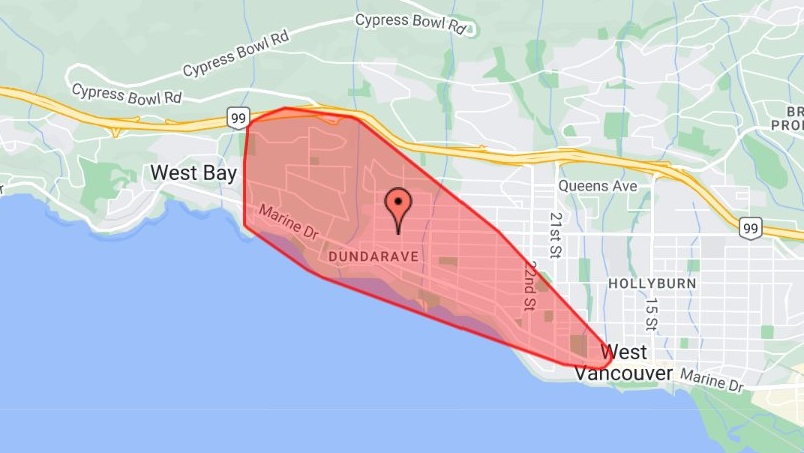 Hundreds were left without power overnight after a driver crashed into a hydro pole in West Vancouver.

Fire crews said the collision happened at about 9:30 p.m. Thursday night. The driver crashed into the pole, cutting it in half and leading BC Hydro to cut power in the area.

The driver was taken to hospital after the crash, but the extent of his injuries aren't known, Jeremy Duncan, assistant fire chief with West Vancouver Fire and Rescue, told CTV News Vancouver.

"The power has been shut off remotely, and they are waiting for a technician to repair and restore power as quickly as possible," WVFR said in a notice on social media.

Drivers were asked to temporarily avoid the area.

Nearly 1,500 customers initially lost power, but after a reroute, it was restored to about two thirds.

About 500 customers around northeast Bellevue Avenue south of Haywood Avenue and west of 21st Street were still without power as of Friday morning, however. Crews initially expected power would return by about 9 a.m. but later pushed that estimate to 1 p.m.