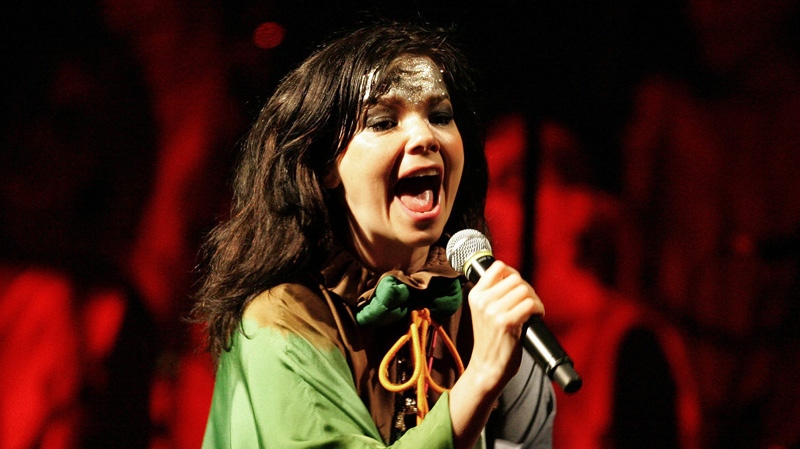 Icelandic singer Bjork is forcing a Canadian energy company with a business presence in her country to "hear the music" of Icelanders opposed to foreign ownership of their country's resources.

The eclectic musician launched a three-day karaoke marathon on Thursday in the capital of ReykjavDik as part of her campaign "to win back the country's natural resources."

The acquisition is not sitting well with Bjork and others who want Iceland's natural resources to be publicly owned and governed.

Bjork is trying to get 15 per cent of the population -- about 35,000 people -- to sign a petition that would force the government to consider revoking the takeover.

More than 20,000 people have signed so far, and the singer says she is hopeful that the remaining signatures will be gathered during the karaoke marathon.

"In the 'outvasion' period, the sale of natural resources and irresponsible access to them began. Now it is time to stop that unfortunate development."