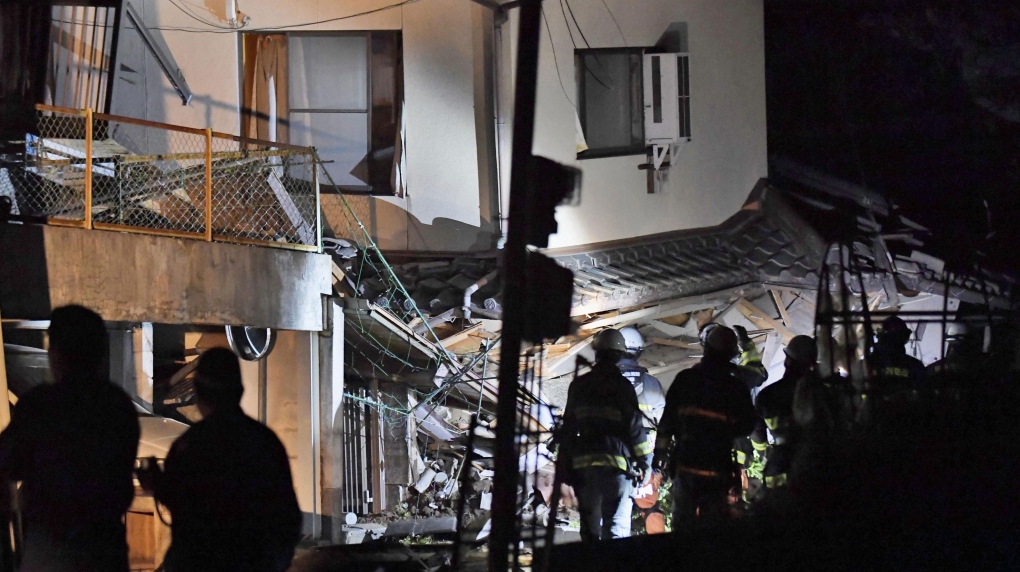 Firefighters search for trapped residents at a collapsed house in southern Japan after an earthquake in this April 15, 2016 file photo. (Kyodo News via AP)

VICTORIA - British Columbia's government is spending $1.2 million on a massive earthquake drill to prepare for the real thing, which forecasters say has one-in-three odds of hitting the West Coast in the next 50 years.

Naomi Yamamoto, B.C.'s emergency preparedness minister, says it's not a matter of if an earthquake hits, it's when - and being prepared pays off in a disaster.

“It's (money) very well spent,” she said. “We know that for every dollar we spend on not just mitigation, but planning, there's huge return should something actually happen.”

Yamamoto said a special effects company has been hired to produce real-life disaster scenes, including applying makeup for volunteer actors with mock injuries.

The drill was slated to begin Tuesday at 7:45 a.m. PST with broadcast reports of a magnitude 9.0 earthquake hitting off B.C.'s southwest coast, followed minutes later by an imaginary tsunami heading for Vancouver Island.

The fictitious quake supposedly results from a rupture of underground geological plates in the Cascadia Subduction Zone, amounting to the “Big One” scientists have been forecasting for decades, Yamamoto said.

Port Alberni was the site of a devastating tsunami 52 years ago that hit after a magnitude 9.2 earthquake off Alaska.

Two waves gathered force as they raced up the funnel-like Alberni Inlet in March 1964, hitting the city with forces that swept away houses and vehicles, but caused no deaths.

Yamamoto said she recently spoke with a woman from Port Alberni who recalled climbing onto the roof of her family's home to escape the water in 1964.

She said the drill also involves deployments of Vancouver's Heavy Urban Search and Rescue team and a mobile medical unit to Port Alberni.

Scientists in Japan, and Vancouver Island First Nations, have gathered accounts of a huge earthquake and tsunami in January 1700 that wiped out communities and killed thousands of people. A wave the height of a four-storey building hit the east coast of Japan nine hours after the original earthquake off the B.C. coast.

“What we hear over and over again is, 'If only they were more prepared,”' she said.

The B.C. drill coincides with federal and U.S. government exercises underway along the Pacific coast.

Yamamoto said B.C.'s drill will be independently reviewed for gaps and performance by Claude Denver, one of the top emergency management officials in Alaska's Department of Homeland Security.