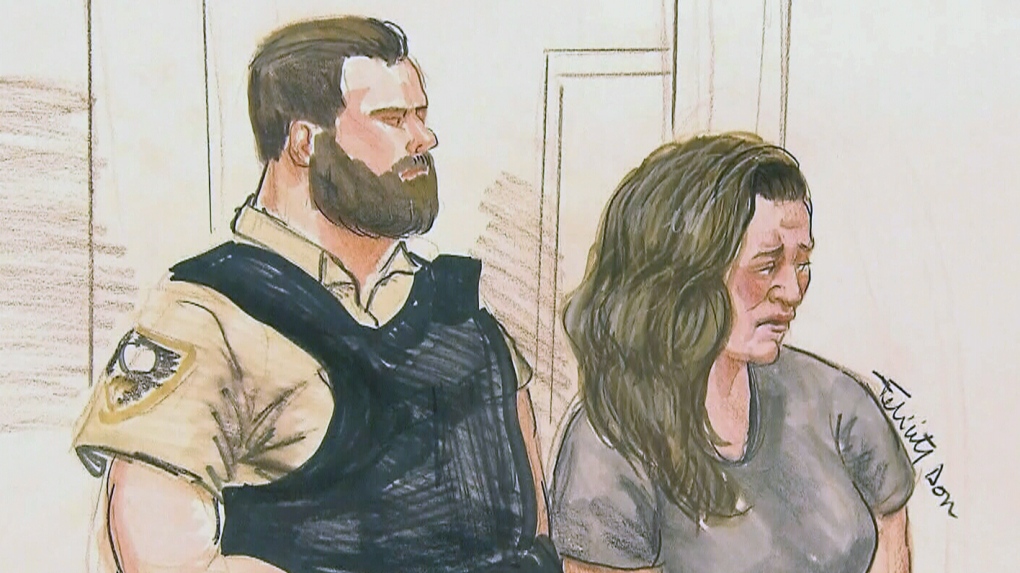 Lisa Batstone, convicted of the second-degree murder of her daughter Teagan, is shown in a court sketch.

A B.C. woman found guilty this spring in the second-degree murder of her young daughter intends to appeal the decision, the Crown confirms.

Lisa Batstone learned earlier this month that she'd serve at least 15 years in prison before being eligible for parole.

On Wednesday, Crown counsel confirmed a notice of appeal against both that sentence and the initial verdict had been filed.

The court heard Batstone smothered her daughter Teagan in 2014, a cause of death not disputed by her defence.

Teagan's body was found in the back of a car in South Surrey on Dec. 10. The Crown said she'd been smothered with a plastic bag as she slept, and argued her death was motivated in part by Batstone's resentment of the girl's father.

Batstone pleaded not guilty at the start of her trial by judge alone. In the notice, Batstone's defence lists her grounds for her appeal.

"The trial judge misapprehended evidence central to her decision to convict," the document obtained by CTV News reads.

"The trial judge relied on speculation to make critical findings of fact."

Her lawyers say the judge failed to treat Batstone's mental illness as a significant factor when determining her sentence.

They request Batstone be granted a new trial, or be convicted of the lesser charge of manslaughter. If no changes are made to her conviction, her lawyers seek a lesser sentence.

Reading her sentencing verdict on Sept. 3, Justice Catherine Murray said the decision to kill Teagan was "deliberate, systematic, focused, purposeful and goal-oriented… This decision must send a message that children cannot be used as pawns in marital disputes."

Batstone was sentenced to at least 15 years, and was given a lifetime ban on firearms.

Her lawyer said at the time that Batstone was disappointed with the verdict. The defence had asked for 10 to 12 years in prison, and suggested during the trial that the judge consider a verdict of manslaughter.

Eric Gottardi said Batstone's mental state at the time of her daughter's death was unclear, and that she could have been affected by stress, mental disorders, and the consumption of alcohol and prescription drugs.

"We feel the mental health system failed Miss Batstone. It failed her daughter," he said.

"Nothing is going to bring Teagan back. That's the reality. We live without our beautiful little girl for the rest of our lives," he said after the sentence was read.